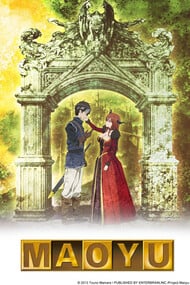 After many trials, the Hero has reached his destination: the throne room of the Demon King, where he hopes to end the war between the Demon and Human realms once and for all. What he finds, however, is not at all what he expected: the 'king' of the Demons is a woman, and a bouncy one at that - what's more, rather than fighting, she wishes to engage him in dialogue! She explains that he was never expected to succeed in his mission, because the war is perpetuated by parties in the human world who profit from it every day. Swayed by her arguments, he makes a pact with her to work toward peace for both their worlds. Together, they will better the lives of their people and create a world where war is no longer needed to ensure prosperity - despite those who would shed blood to keep the status quo.

Where have you been?

If That Happens, I'll Take a Bite Out of the Hero!

You smell good, Demon King. And I feel safe in your arms, Hero.

—I'll be back soon, we'll see each other soon.

Take this sword, my lord

So now their plans are finally coming to fruition?

I just destroy and kill, without creating anything

Story: Let me start by saying this anime is seriously underrated due to the fact it attracts the wrong kind of viewers (or rather people who expect different things then what is being offered here) To avoid spoilers but also to get the correct viewers attention; to save time for people who want this quickly summarized and don't care to read much: Do not watch if: - You're expecting fanservice all around and a lot of supernatural battles - You want something similar to Bleach/Naruto/One Piece - You want to see the classic good vs evil battle with some romance and ecchi Watch if: - You want anime to be educational and not limited to obvious plots - You do not care much for bare skin and short skirts (there is some here though) - You enjoy anime that shows changes and influence on large groups of people (countries/worlds) like Lelouch of the Rebellion or Death Note - You find racial/political/religious debates interesting - You would like a view on the history of crusades and life in the dark ages The world is divided between the Demon and Human realms. The setting is medieval with magic being present. The human hero runs head-first into the demon lord castle to stop the war (by killing the "evil"), only to find that the demon lord is actually a woman, and a smart on at that. Not only so but she also has a crush on the hero, and would like nothing more than to be with him forever. Her wish is to end the fighting and war between the realms, but it will not be that simple... Animation: Some backgrounds are being drawn without detail, but the animation itself if perfect. Not the 3D-view we've been experiencing so much lately (and learned to despise), but colorfully drawn characters that do not stand out too much due to ridiculous features (aka "my hair could hide a horse and carriage"). Overall a pleasure to watch. Characters: Very interesting. Most reviews criticize this part a lot, but this is my take: The Hero is just what you would expect in that reality, a warrior. He is not well educated, he was fighting not going to a school for rich boys, so he lacks highborn manners and often wants to act on instinct. He is a ridiculously strong fighter, but the setting does not pit him against stronger opponents so that he can grow, he IS the strongest around and he knows it. However he feels powerless given the fact the struggle cannot be resolved by strenght alone and is often troubled by wanting to do more to help. The demon lord is very smart, educated, but lacks any real magic power (explained later in the series, wouldn't want to give any more spoilers than necessary). She is also head over heels for the hero, but mostly for her dream, which is to see the world like it has never been before. The side characters are also very well done. We have the second female for those who enjoy this kind of stuff (does not get out of hand, lucky for us who don't enjoy this kind of thing, the rest of you can go watch White Album), a female knight who matures well throught the series. A variety of minor characters play important roles later on, which is somewhat unexpected from the perspective of the average viewer ("If his hair doesn't stand out he will die soon or won't be important" - this mechanic does not work here). A very enjoyable comedy character of a perverted old man, whose remarks often made me laugh out loud, wish he got more screen time. Overall: Great premise, enjoyable experience. I have found myself going for the next and next episode, even though there were no obvious cliffhangers for me to lean on, I just wanted to see what will happen to this world and how it will be influenced by this unusual pairing. I can sincerely say that you can judge this anime by the first two episodes. If you find yourself wanting to see the next one right after that it means you will enjoy it very much, just like I did. If you do not find this enjoyable after the first 2 episodes I'd suggest you skip it, it's not your type.

Quick paced anime going through the short amount of time pretty quick, at times slightly too quick. Wouldn't have minded abit more episodes. Sad to see no second season was released because it made you want to see the continuing story.Overall great anime and i quite enjoyed it. If you like fantasy and don't need a whole lot of action with it, I highly recommend it. 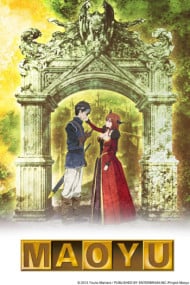 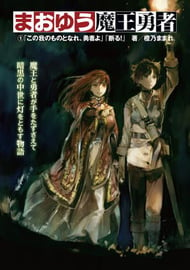 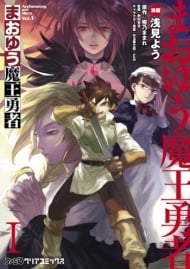 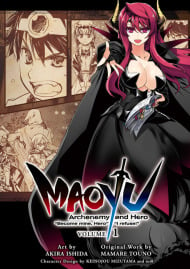 MAOYU: Archenemy and Hero "Become mine, Hero" "I refuse!" 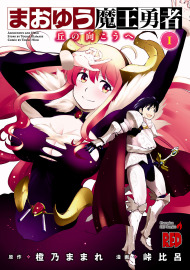 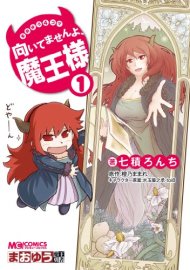 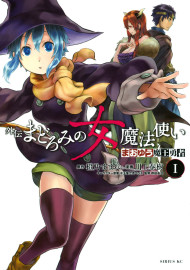 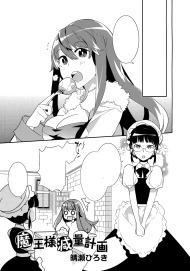 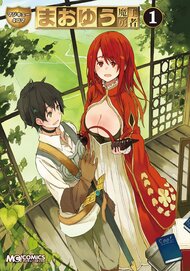