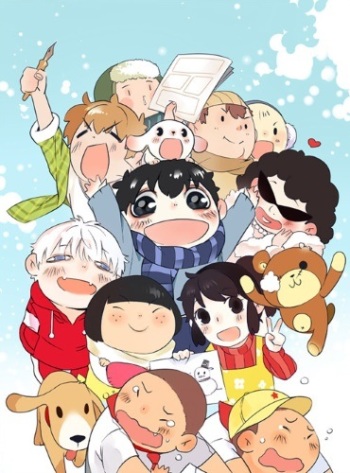 Qu Tong and Wei Yang are high schoolers who are just trying to live normal lives. This is proving to be a challenge, however, due to the fact that both their families are filled with otaku! With Qu Tong's father wanting to put her in embarrassing cosplay outfits and Wei Yang's yaoi-loving sister (with the guidance of their fujoshi mother) drawing questionable pictures of him with his male friend, Ye Shi, neither of these kids are having an easy time of it. But is it better to hide your hobbies to keep up appearances, or simply live life as your authentic self?

Lin Qinghan’s grandfather was in his final days. With no concern for the stability of the Lin Corporation Group, their relatives resorted to underhanded methods in order to inherit his assets. In the process, president Lin Qinghan was set up! However, her husband and the master of the Dragon King's Hall, Zhang Xuan, resolved her problems one by one. After all, he's not called "Satan" for nothing!