Alt title: Rikkun in the Middle 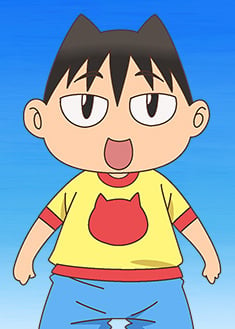 When cheerful orphan Pollyanna comes to live with her strict Aunt Polly, Pollyanna's unyielding optimism lifts the hearts of everyone around her.

First grade elementary school student Tonbo is the type that's easily scared. One day, when he wears his dead mother's glasses, the ghost of his deceased mother Choko Uehara appears in front of him. His mother died three months ago. Choko Uehara worked as a police officer. Now, other ghosts come to Choko Uehara. Even after her death she likes to meddle in other people's affairs. Choko Uehara now solves cases with her son Tonba as her partner. Choko also watches her son grow up until the real farewell day comes ...

When Heidi is left in the care of her grandfather, a mountain hermit with a bad reputation, the child falls in love with her new rural home and adores her gruff but good-hearted grandparent. For Heidi no place will ever be home but her dear mountains the Alps.

Orphan Mary Lennox moves from India to the English moorlands to live with a wealthy uncle she's never met. The young girl wanders the grounds of her new home and discovers an abandoned garden that's been locked away for a decade. With the help of a nature-loving local boy, Mary works to bring it back to life. As the seeds begin to open up, so do the hearts of those who come to look upon the mysterious Secret Garden.

Mountain girl Heidi's heart belongs to the Alm, where she lives with her grandfather and spends her days with goatherd Peter and his flock of goats. When her relative Dete takes her away and places her in a wealthy household to be a companion to a rich man's wheelchair-bound daughter, Heidi is constantly criticised by the head housekeeper for her unrefined ways. For the sake of her new friend she tries to hold in her overwhelming homesickness, but all Heidi wants is to return to her grandfather where she belongs.