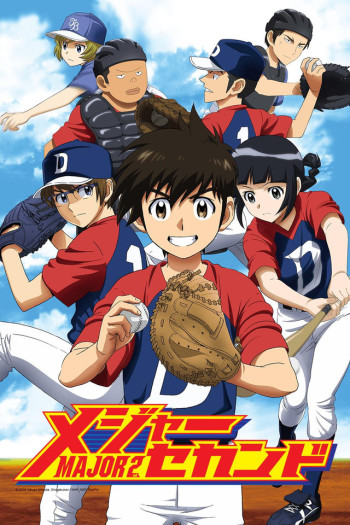 In their first match of the summer tournament, the Mifune Dolphins lost all of the four point lead they had due to Daigo's grave mistake. Daigo is completely demoralized and depressed about that mistake, when an unexpected voice makes him look up at the fence. Unbelievably, Hikaru had come there all the way from Gunma! Slightly awkward, as he left the team behind back then, Hikaru was there without a uniform just to cheer the team on. But what's that in Hikaru's bag?!

If I Wasn't the Second

The Talent of Loving Baseball

Some Day, For Sure

A new generation steps up to the plate in a moving sequel to the 1985 baseball manga, Touch. Stepbrothers Touma and Suichirou are ace players on Meisei High School’s baseball team, and thanks to them, the team may finally have a chance at returning to nationals. But little by little, a tragic legacy unfolds as the stepbrothers follow in their...