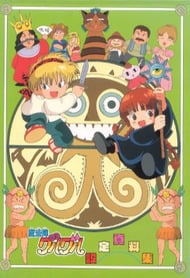 Three hundred years ago, the power-hungry Demon King Giri was sealed away by the legendary Migu Migu tribe. In the present, the seal on Giri has melted, and two unlikely heroes must save the world once more. Twelve year old Kukuri is a bumbling mage who is the last of the Migu Migu tribe, and thirteen year old Nike is a would-be swordsman who has been raised to be a hero; together, the two will wander the land in hopes of defeating Demon King Giri - but they aren't alone! Along with an almost-naked old man, a loincloth-wearing wind spirit and plenty of wacky companions, the duo will help townsfolk, gather Guru Guru spells and have plenty of fun in the process!

ANIME MINOR JEWELS SERIES Full list of the review series can be found on this page, 3rd post from bottom: http://anidb.net/perl-bin/animedb.pl?uid=251338&show=userpage&do=blog&blogid=29009&page=0This review covers both seasons of this title; meaning this one and the sequel, Dokidoki Densetsu. This series was made solely for old JRPG fans. It makes fun of all the clichés we have seen in 70’s and 80’s 2D role playing games, such as the early Dragon Quest and Final Fantasy series. Later on it becomes a parody of several other anime genres as well. ART & SOUND SECTION: 7/10 [More than meets the eye.] Art Analysis: General Artwork 2/2, Character Figures 2/2, Backgrounds 1/2, Animation 1/2, Visual Effects 1/2Sound Analysis: Voice Acting 2/3, Music Themes 3/4, Sound Effects 2/3 The first impression is REALLY BAD! Very simplistic characters and backgrounds, backed up with cheesy pop songs. I almost gave up on watching the series because of it. But, I showed some patience and my opinion improved a lot. After awhile, the animation actually looks fine and the songs get catchy enough to remember them.Yes, the Animation & Sound department sucks, but this way, it also increases the comedy factor. Why? Because instead of having serious-drawn characters going chibi (stupidly deformed) in comedy scenes, we have chibi characters jumping back and forth between serious-drawn and super chibi! It made every joke funnier, even the mediocre ones.Also, the whole bright color palette and heart-warming music makes you feel that you are watching a fairy tale, like the ones we used to read in picture books when we were little. You expect to see a kiddy story with simple battles and no real violence or nudity. But then… HELL BREAKS LOOSE… and you get to laugh by being bombarded with jokes about getting naked, crisping enemy monsters and helping people only for food and money. I tell you, the anime Slayers had similar humor but it made it clear from the start that is a comedy. Here, you expect one thing and then get another. I liked that a lot.Also, the whole series is basically a tribute to JRPGs and various other anime trademarks, so every episode is actually a reference to something else that can really please all those who get the jokes with its easter eggs and mockery of clichés.And let’s not forget the kawai and ecchi factors of the series. Almost every episode features ultra cute kids and critters and usually adds some subtle erotic jokes just for the heck f it. Although it appears to be for little kids at first, it is actuall aimed for teenagers or older, who grew up playing such games. A great service for fans like me. STORY SECTION: 4/10 [The parody is given all the focus.] Analysis: Premise 1/2, Pacing 1/2, Complexity 1/2, Plausibility 1/2, Conclusion 0/2 Nothing complicating. A demon lord appears and a legendary pair of a witch and a knight is prophesized to appear and fight him. The story takes place in a typical phantasy world with humans living in isolated and fortified mid-evil cities and a vast countryside brimming with wandering monsters. The hero and the witch are still kids who complete quests, defeat monsters and hoard better equipment to Level Up and get strong enough to fight the demon lord. There is thin story continuity although it can essentially break down into stand-alone story arcs of individual quests. You won’t watch this series for the story. Even the ending is not a solid one. Just a silly promise for more parody.Well, being around 80 episodes long and not showing not even half of the story does hurt a lot but then again it’s the jokes that matter. Also, the second season does a much better directing, providing mysteries and foreshadowing for events that take place in a much later episode. Thus, it is not a complete joke on itself. Just an incomplete one… CHARACTERS SECTION: 7/10 [Veeery stale but veeery funny.] Analysis: Presence 2/2, Personality 2/2, Backdrop 1/2, Development 1/2, Catharsis 1/2 A boy and a girl, Nike and Kukuri, are the protagonists that are destined to become legendary heroes and defeat the bad demons. They begin with the premise to be kind, brave and good-hearted but end up screwing everything up with their selfishness and superficial way of thinking. A veeery funny girl-drooling boy and a veeery funny cute/shy girl, overflowing with jealousy and vanity.Supporting characters include a woman’s exotic belly dancing old man (!!!), an archmage in the form of a poodle (!!!), and a pair of a knight and a witch who believe they are the real protagonists in the story. All of them veeery funny as well.Character development is almost non-existent but their personalities have a strong presence. You sometimes get fed up with their stale behavior but they are otherwise adorable.The second season makes a very good work to further colorize them with extra powers and secondary traits that you actually need to remember what they have been doing all this time. Plus, most jokes revolve around their quirks and this makes them even more interesting to pay attention to. They appear like simple kute little creatures at first but their dark side kicks in and makes things to roll over from laughing. VALUE & ENJOYMENT SECTION: 4/10 [It is so funny I simply loved it.] Analysis: Historical Value 0/3, Rewatchability 1/3, Memorability 3/4 One third of the time was quite boring but the rest of it was a fine parody of all those cheesy SNES RPGs I played years ago. Made me consider worthwhile all that time I wasted on them. Too bad the story was left incomplete and too bad it had all those uninteresting side stories. ENJOYMENT SECTION: 7/10 The best parody of the genre and I suggest it to all the retro fans of the JRPGs. VERDICT: 6/10 Mommy, mommy! My retro RPG came to life! … And it’s saying bad words! Can I keep it? Pleeeease! SUGGESTION LIST SlayersDragon-Half the manga 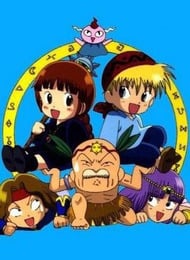 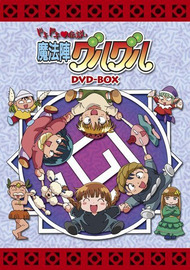 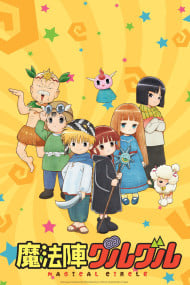 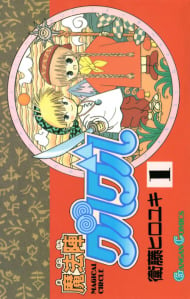