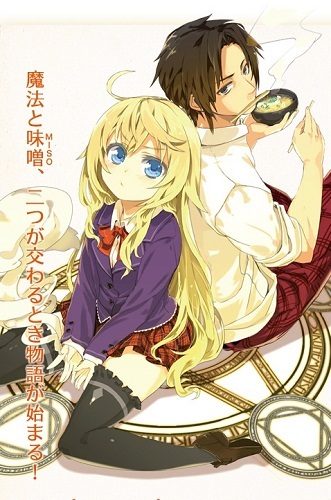 So, I assume you've read the synopsis? Good, because that's about as much detail as you're going to get about this story. I'm not even sure they were trying to make the story clear, if it even had one in the first place. The first bit starts off pretty promisingly actually - some interesting magic, cool explosions and what seem to be characters with some potential. And then they just give up and throw some fanservice at you. They don't even try and work it into a story, they just throw what looks like fan art at you, occasionally mixed in with some animated stuff that may or may not bare any relevance to whatever's going on. I'm not even sure they actually name half the characters that appear.

Given they throw about 5 major characters at us in 12 minutes, I have no real opinion on any of them. They all appeared as if they'd be good characters given time, but they just didn't give them any.

I guess if you like fanservice and don't care about literally anything else, then you'd probably enjoy this, but otherwise, I'd highly reccomend avoiding this one.