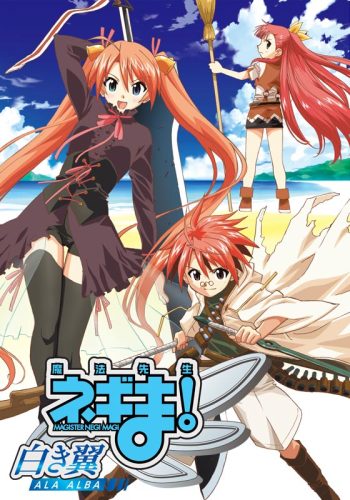 If you're looking for anime similar to Mahou Sensei Negima! ~Shiroki Tsubasa Ala Alba~, you might like these titles.

In the story set after the Grand Magic Games, the Fairy Tail members split into two teams and play a Japanese game, where the losers must undergo punishment as the penalty. For example, the video teases that Erza has to don a maid outfit, Lucy has to wear a Playboy-style bunny outfit, and Wendy has to wear "that outfit."

Pride, Envy, Wrath, Sloth, Greed, Gluttony, Lust. These are the seven sins laid upon seven girls who rule over Biblia Academy. To retake his world, the boy decides he must control these sins... The boy, Arata Kasuga, has had the world he knows by a mysterious "Collapse Phenomenon", and his cousin Hijiri disappears into another dimension. To understand the Collapse Phenomenon and win back his cousin, he comes to Biblia Academy. There he finds the seven girls and their sins.