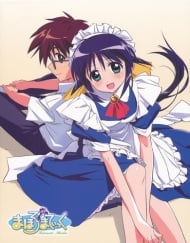 Notice: This review covers both seasons.Mahoromatic stands out a bit from the usual ecchi comedies out there but you need to know where to look at. First of all, the premise in the story is pretty much a troll and you should not pay too much attention to it. Supposed, aliens invaded Earth and supposed the heroine defeated them. We never hear or see of them again other than in a few minor events and that’s that. Same goes for the weird government conspiracies and the evil scientists who are after the robogirls. Forget that too, it is just there as a silly problem generator and nothing more. The production values are again nothing amazing; choppy animation, forgettable songs, random action and tired ecchi jokes. Nothing we haven’t seen before. Even the characters look simplistic and generic as heck. So why in blazes is it any better than the rest out there? 1) It is a GAINAX/SHAFT collaboration and practically the turning point of the later studio from a minor production team to a later colossus. I am telling you, they took pointers from GAINAX, hired Shinbou later on to add lots of weird artwork and BAM now they just milk the fans dry. All thanks to this anime. 2) It is also one of the few shows which have the balls to move from an aimless silly erotic comedy, to overblown drama later on. Not just in the last two episodes as cheap means to win last impressions; it is there since the pilot episode but it is deliberately overlooked. Mahoro is a robogirl with a short time span. She wants to live her life in peace with some she cares about and the dreaded countdown clock is there to keep making you feel uneasy about it; you care about her just for that reason. It is later on deliberately taken out of the picture but it still matters in the finale. The transition from funny to sad is rather messy and ruins both but eventually it is better than if it was just aimless comedy.3) And because this is GAINAX we are talking about, the conclusion in the second season is totally trippy to the point you are watching a whole different show. Many didn’t like it but heck, it is better than a typical open-ended finale.To be honest, none of the above are good enough reasons to deem this anime great. It is just a bit different; which in the tired to death genres it covers THAT MEANS A LOT. Chobits is of course a much better variant of the same idea but for those with average expectations it is still an enjoyable show. But nothing more. And now for some excused scorings. ART SECTION: 5/10 Analysis: General Artwork 1/2, Character Figures 1/2, Backgrounds 1/2, Animation 1/2, Visual Effects 1/2 SOUND SECTION: 6/10 Analysis: Voice Acting 2/3, Music Themes 2/4, Sound Effects 2/3 STORY SECTION: 4/10 Analysis: Premise 1/2, Pacing 1/2, Complexity 1/2, Plausibility 0/2, Conclusion 1/2 CHARACTER SECTION: 5/10 Analysis: Presence 1/2, Personality 1/2, Backdrop 1/2, Development 1/2, Catharsis 1/2 VALUE SECTION: 2/10 Analysis: Historical Value 0/3, Rewatchability 0/3, Memorability 2/4 ENJOYMENT SECTION: 2/10 Analysis: Art 0/1, Sound 0/2, Story 1/3, Characters 1/4 VERDICT: 4/10

Mahoromatic has a great since of story to it revolving around mahoro. I just finished the series and was overwhelmed by the great story it had. The ending was not that great (told better in the manga). The anime is quite old so i was not bothered by the choppy animation it had. I recommend this for any romance lover.  9/10 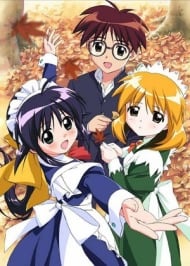 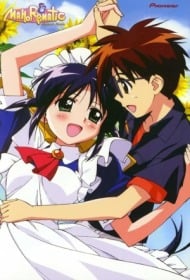 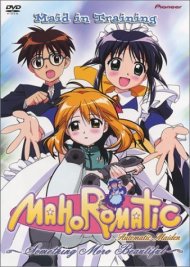 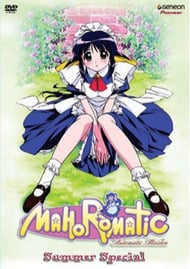 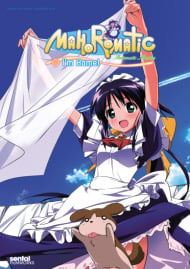 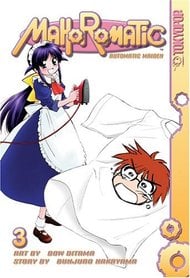