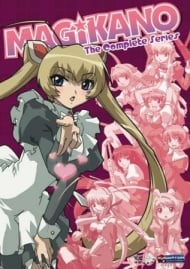 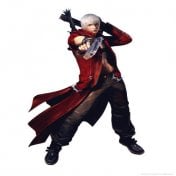 This anime was a very funny one. It was truly a good harem anime yet it was unfit for the favorites bin. The story, animation, and characters were not well thought out and yet they were interesting in their own way. The the ending of the show left more to be desired and felt like the were trying to force a second season out of it.

Magic, witches, harem and ecchiness. It's certainly not the first time that we have had this coupling of genres, nor the last.Even though the anime recieved a mediocre rating, it has been able to keep me watching to the very end. No where through it's 13 episodes of mediocreness have I expected the anime to be more than it appeared to be in Episode 1. While the episodical plot slowly advances towards the climax and the release of the protagonists "true" powers, the ending doesn't come as a big surprise. However predictable the series were, the fact remains that the story and the anime representation carried the target to a pretty decent goal.Anime critics might bash the show as just another typical run of the mill fail, but if there is any merit to it, then it's the fact that the show has a good grip on humor and honestly trails after the end plot in each episode.

From the description of Magikano's story and the various images you can find of the characters, you would never guess just how aggressive and violent the girls can be. If "Slapstick" and "Jealousy" had a baby together, you'd get Magikano. I got this series completely on a whim and I couldn't be happier with my aquisition of such a hilarious series. Sadly it's a short series, but then the short series usually are very good. It is so much fun to watch and involves an array of events as normal as a trip to the pool to things as strange as talking cat panties (didn't see that one coming).   STORY: The story of Magikano is pretty good and I enjoyed it very much. But looking back on the series now, it seems like the story was just a sub-plot to put a bunch of magical witch girls into a big cat fight with each other. There is not much story "progression" to speak of at first...rather the episodes are more of a comedy act and the story is the glue that holds it all together. Even so, the series does end with everything in it's place in a strange way. I guess you could say it makes about as much sense as the rest of the series. Whether you think the story is relatively important or that it takes a backseat to mindless rivalry and devious backstabbing, it is quite enjoyable.   ANIMATION: The animation is a lot of fun to look at. From the murderous looks of the jealous girls to the ridiculous and sometimes vaguely obscene challenges they offer each other to win Haruo's affection, there are a lot of gags you have to see really appreciate Magikano.   SOUND: The sound has your basic spellcasting blasting noises and windy, whirly sounding power up effects. Besides that there's usually just a lot of yelling and arguing between the girls. The best sound is probably the ending song, Maji Suki Magic, which I found to be very catchy and downloaded it. The dance all the characters do while the song plays is also pretty funny to watch.   CHARACTERS: To say the cast of Magikano is amusing would be an understatement. Though the story and various descriptions of the series tell you that it's about Ayumi trying to awaken the magical powers dormant within Haruo, he really doesn't get involved in the mayhem much since he doesn't have a clue what's going on most of the time. The series really focuses more on the girls of Magikano, and each one has a drastically different personality from one another, yet they all share a degree of insanity that leads to a lot of laughs. They adhere to their defining characteristics so well they almost become predictable, but not necessarily in a bad way. Somehow, it stays funny every time.   OVERALL: Magikano is definitely worth looking into. Although it is short, it is also hilarious and amusing. It's hard to say exactly who would enjoy this series. I know a few who refuse to watch something if it makes no sense. If things get to ridiculous or stray too far from reality, I get looks like "You're a moron. Why do you watch this?" If you're someone who enjoys magic, slapstick, cat fights, overactive jealousy, supernatural phenomena, curses, battles, athletic festivals, swimsuit competitions, fake ad campaigns for magical or starnge items, or magical talking panties, try watching. With everything that goes on in this show, there must be something you'll like. 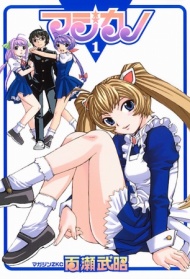