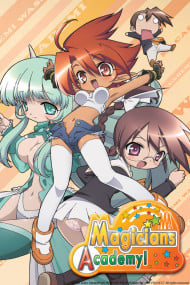 StoryWhat do you get if you parody every single ecchi anime under the sun? Answer: the bizarre sounding Macademi Wasshoi. But can blatantly plagiarised ideas hold up an entire 12 episode series? After initial scepticism, I can safely say the answer is a resounding “yes”. My list of recently watched anime has included the terribad, perverted OVA Homeroom Affairs and the inexcusably trite Akikan. As I expect the trail of mundane to continue, Macademi Wasshoi doesn’t kick off to a tumultuous start, instead initially choosing to merrily trundle along before clocking a breakneck speed by the time the credits are rolling for the first episode. The show plays out as a typically droll “feckless guy in the centre of a magical harem”, but a surprising new dimension of humour is brought through the tongue in cheek jibes at shows such as Shuffle and.... Neon Genesis Evangelion...? As the show dances playfully between completely unrelated plot themes, numerous characters are thrown into the fray as Takuto tries to pick his way through a rather strange magical world. From an apparently homosexual robot that makes his best elfin-friend feel a little uncomfortable, to the utterly fantastical pansexual Hapsiel who spreads his Hard Gay-esque love around the campus. When you add the beginnings of a harem into the mix, Macademi Wasshoi is a lot to take on board and is certainly not something my poor brain would be able to marathon. Luckily, the humour that spews forth from the series is what makes it so watchable. The show goes beyond the typical “oh look, I tripped and fell and now I’m groping your ample bosom” situations and the aptly tagged character introduction cards often had me pausing the show to re-read the information with a grin and a giggle. Unfortunately, Macademi Wasshoi will not appeal to everyone; the shameless upskirt shots and heaving breasts are aimed at the typical ecchi fan, whilst the countless homage’s to every anime under the sun will make only the most chronic otaku shudder with true joy. I find that the balance of humour, perversion and mocking of the entire moe genre is what keeps the show afloat, as the story becomes buried beneath the never-ending stream of parody. That said, there are some moments that are touching, such as Trincia falling in love with a very phallic symbol or an adorable “relationship” between Eineus and her younger sister. But a word of warning to the wise – Macademi Wasshoi is an eleven-episode series. The twelfth simply does not, or rather should not, exist. A complete standalone, it is one of the most pointless and irrelevant 24 minutes of animation to ever have been tacked on as a special. Then again, maybe there are some fetishists out there who have a thing for large breasted women dressed as reindeer or Father Christmas...AnimationA tad disappointing for a 2008 production, apparently the doe-eyed, feline feel to the characters is a stylistic signature by the artist. Personally I wasn’t a big fan, especially of the strangely proportioned Tanarotte. Although this wide-eyed, large-chested disease has spread like H1N1 to the rest of the female cast, the bold palette choices and creative variation applied to each of the personalities does fit the comical vibe. What does work exceptionally well is the use of frankly grotesque Play-Doh caricatures to censor the over the top groping, fondling and general perversion.SoundWith the parody continuing into the OP, be prepared to have moe forcibly injected into every orifice before scantily clad buttocks jiggle their way across the screen. This is probably an excellent introduction to the Macademi universe and will be the measuring stick against which the viewer can judge their prospective enjoyment of the show. Also adding to the pure genius of Hapsiel, a blast from the past in the form of the Flash Gordon theme accompanies the S&M obsessed angel. The entire soundtrack suits the somewhat bizarre show, but as a standalone album, would probably not make my playlist. When it comes to voice actors, somehow big names such as Yu Kobayashi and Ami Koshimizu are roped in to pull off an excellent performance. While Tanarotte is vocally blessed with equal servings of cute and annoying, Suzuho swings from coy and girlish to forceful valkyrie with the greatest of ease.CharactersWith protagonists ranging from the clichéd Takuto in the middle of a harem to the perverted robot Metalys who is looking for love, Macademi Wasshoi ultimately takes a big step away from the norm. However, with all fetishes covered, the show's creators must have been carrying out a tick box exercise to account for the tsundere, meganeko and a mistress of moe. As a parody-centric show, I cannot complain that each character is predictably a carbon copy borrowed from numerous other ecchi anime series, but they are. However, the biggest surprise is that there is character development – by the bucket load. Luckily, this doesn’t apply to the eroge obsessed Eitarou who remains a desperate pervert throughout and a constant pleasure to watch.OverallIt’s not brilliant, it’s not terrible, it’s just fun. Drop your brain into park, leave your common sense in the umbrella stand and let the childish charm work its magic. Rivalling the pacing of Pani Poni Dash, and the bizarrity of Excel Saga this crazy ecchi plagiarism will not appeal to all, but for the select few, this is definitely a gem to savour.

I'm surprised this anime doesn't seem to have more fans. It's quite irreverant, zany, and a tad random but never annoying. Very bright and chirpy with excited characters, things blowing up and, of course, moe. For me it's what I maight call "Breakfast Anime", one to watch while eating my cereal. Fantastical settings, lots of comedy, and a bit of ecchi make this a great anime in it's field.

Animated by Studio Zexcs, which hasn’t made a single good anime outside of Love Hina. Directing is done by Kanasaki Takaomi who made a season of Shool Rumble and Kore wa Zombie Desu Ka ? In a similar to those style, Macademi Wasshoi (MW) is a school comedy and parody of various genres and clichés. A newcomer would have a hard time understanding the jokes while the veterans will most likely find that the overall anime lacks depth or that has nothing serious to care about it in the longrun. The whole series plays out mostly as slapstick / ecchi with rather chibi looking characters, lively animation and perky voice acting that in effect makes the erotic humor look bolder and funnier. I have seen a similar treatment in Mahoujin Guruguru and Dragon Half and I know it can work just fine. But then again those oldies were a lot more subtle and better planned than MW, which is completely chaotic and lewd. This is practically what ruins it too; there is no seriousness amongst all this wackiness which turns every event, no mater how serious it appears, to feel like a passing itch. Buildings blow up, demons are summoned, hundreds of people are thrown around like ants and nobody cares in the least. If there were restrictions and punishments for every havoc they unleash onto the world, this whole mess would feel a lot more interesting. Some overall plot and objective would help too. So anyways, the story is about the archetypical loser male making a failed summon and ending up with a super cute and super powerful girl who is madly in love with him. He also has a female cousin with a similar fascination with him and they both end up living in his house. Later on, more girls are added as well, making a joke out of every hentai cliché you can think of. They also blow up buildings and cause mass hysteria every 5 minutes but that seems to not mater after another 5 minutes pass. I find it hard to write anything else about the setting, as it is completely random and the only way to enjoy it is to figure out what it’s making fun of at every turn. Other than that, no overall plot or interesting characters… apart form perhaps Hapsiel, the hard gay angel. Do you believe he has a Flash Gordon music theme and a Rose of Versailles ending dedicated just for him? As for the humor part, I admit I was laughing a lot with the constant references and parodies at first. But after episode 5 (which is by far the funniest of them all) the quality in jokes and storytelling drops further and further to the point it becomes a complete random pile of average slapstick and lukewarm ecchi. So I say the show is fine up until the first half but then grows stale and bored with its own setting. As for the type of humor, it is heavy on lewd otaku culture and it is really relevant how long you will find the whole sexploitation of tropes interesting to follow before randomness takes the better of you. It is bold and honest at how a typical otaku perceives erotic clichés but even so it can’t remain funny for 12 whole episodes without something extra to keep you interested. And unfortunately MW not only lacks substance but even loses the initial semi-interest it had while getting to know the characters and the setting in the first half. It had a somewhat basic but effective narrative focused on a specific theme and objective on each episode. In the second half, all that fade away as nothing really new is introduced and everything is just random jokes. In a few words, it starts out as very good and after 5 episodes it becomes utter boredom. So no pass from me; it gave up at the point of no return. 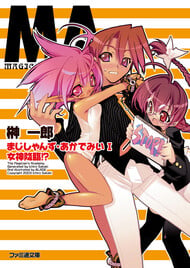 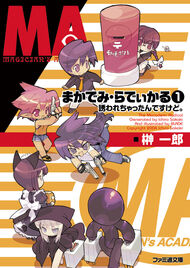 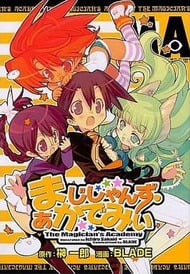 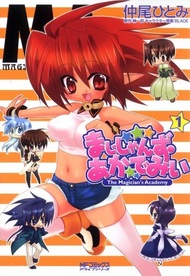 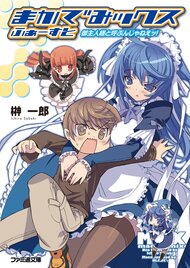