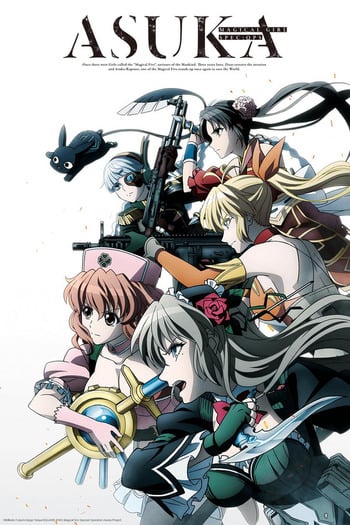 Asuka's friends are caught up in the battle with the Disas in Okinawa. Mia and Tamara fight on the front lines. As many soldiers die, Asuka and Kurumi's battle is about to begin.

The Magical Girl Comes Back

Daily Life and Comrades in Arms

A Very Realistic Way of Dealing with a Problem

Wish Upon a Star

The Lid of Hell

Each of Their Deadly Battles

The Magical Girls and This Beautiful World

If This Battle Ever Ends

Both animes are magical girl anime that focus more on the dark side of being a magical girl rather than the cheery side.

Both of the animes are magical girl animes with darker themes. They both involve gore and revolve around other magical girls attacking each orher.