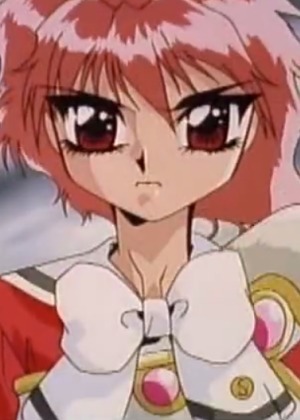 Kirisaki Runo was caught up in the Heroes summoning and came to another world. As he was not the hero, he did not receive any special abilities. The only magic he could use was elementary magic which could at most create a light gust or ignite a small fire. He had received the world’s weakest job, elementary magician. Branded as useless by the inhabitants of the other world, Runo was not put down due to his optimistic character and had fun polishing his magic. Eventually, he discovered the secret nature of elementary magic—the freedom to create spells as one wished, and made up his mind to live through the other world with his ability!

On that day, due to the outbreak of an unprecedented and abnormal event, 41 students from class 2-7 of Shiromine Academy are summoned to a different world, one full of magic. Separated and summoned inside a vast dungeon, where the only way to escape is to head to the deepest area, they are given the power of a Divine Protection "Vocation" as the only means of survival. While some of them are brave, some just do whatever they want, and some harbor treacherous intentions, they all aim to capture the dungeon.In this place, one person gained a "Vocation" whose skills are unsuitable for combat, attendance number 19, Momokawa Kotarou. A boy with a small and lean build from the Literature Club wasn't blessed with a physical ability, swordsmanship, or strong magic, rather he only had the "Shaman" vocation to rely on. After being driven out of the group and left behind by his powerful classmates—his survival instinct starts running at full throttle! Pushed to the limit of survival in the different world's dungeon, what starts with trusting and loving each other soon ends in killing and betrayal.

Having lost his mother and sister, Hatamata Souma led a life of carnage and violence. One day, he was summoned into a world where spirits and magic existed. “You shall be offered up as a sacrifice to the Great Water Spirit to stop this rain.” Beaten and sunk into the lake for this unreasonable request, Souma came to face with the Great Water Spirit Izan. There, he learnt that his missing sister was also summoned as a sacrifice and died. As atonement for the collapse of Souma’s life, Izan bestowed to him the power of the great spirit. Now with the ability to control over water at will, Souma vows to exact revenge and eradicate summoning magic from this world. Thus, he lives on as the great wizard Souma who lost his memories, however—.

“How am I supposed to fight with this?!” After being summoned into another dimension as one of the five heroes destined to defeat a demon lord, Toya Hojo awakens his hero power only to discover that... it's an unlimited bath? He was blessed with the power to create a bath that can be accessed anywhere, which seems to spell doom for his quest to defeat the demon lord. As he recovers from his shock, Toya slowly discovers the unique features of his power, which allow him to use it in ways he'd never dreamed of... But will he ever get any bath time with Haruno Shinonome, the beautiful girl who was also summoned along with him?!

In a world of swords and sorcery, a ritual summons the “sorcerer king” who will bring ruin—but all it coughs up is an ordinary boy from Earth. Stripped of his memories but endowed with unbelievable power, our protagonist isn’t keen on destroying the world. Fortunately, tinkering with his newfound power results in the creation of an intimidating partner to keep him safe!