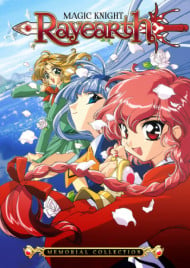 MKR is a Clamp anime about three girls who are taken from Tokyo during a school field trip, and transported into a fantasy world. Hikaru Shidou, Umi Ryuzaaki, and Fuu Hououji must fight a slew of enemies, overcome trials and tribulations, and face their inner demons to save Cephiro, a wonderfully detailed world, from a dastardly evil and powerful Priest, Zagato.

Story: Overall, this started out like so many other crappy anime but it really turned it around in the end. The last few episodes of season one made up for the standard fare of the first dozen and a half. The second half left a little to be desired and didn't quite measure up to the first in final epic turns. Overall it turned out much like one would expect but with some decidly adult themes thrown in for a childs show. Thourghly enjoyable. Animation: Can't complain, doesn't look any worse than any of the other CLAMP works I've seen from the same general time period. Pretty standard fare. Sound: Nothing memorable. Skipped the opening and ending of the first arc, dealt with the second arc. Characters: Amazingly enough, I actually liked them. Which is rare for me. I liked all of them, the main cast, the support cast, even the villans. Being what it was, all of the characters got some decent screen time and characterization without dragging out and bogging down the story. Their reasons for what they did, and how they got where they are. It really does just make them memorable in a way the music wasn't. Overall: Great story, great characters. I don't know what else to tell you. If you're only interested artwork and sound then go else where as this is nothing special, but if you want a good story and characters that you'll root for, even the villans many times, this will really do it for you.

The 1st season was very good but the producers ruined it in the 2nd season, putting non-canonical characters that, from my point of view, don't contribute anything interesting, and finally deviating a lot from what really happens in the manga.Still I recommend it a lot, but you certainly should read the manga also because it's really very good! 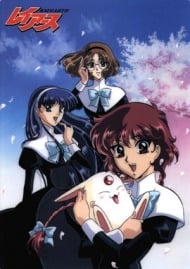 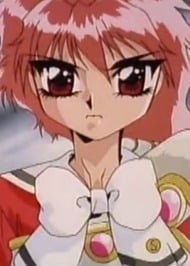 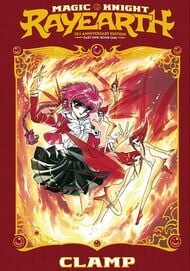 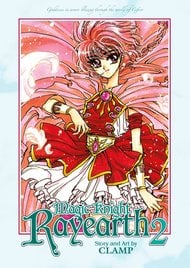 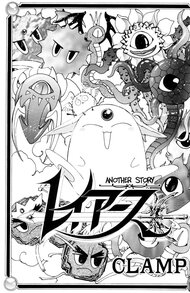