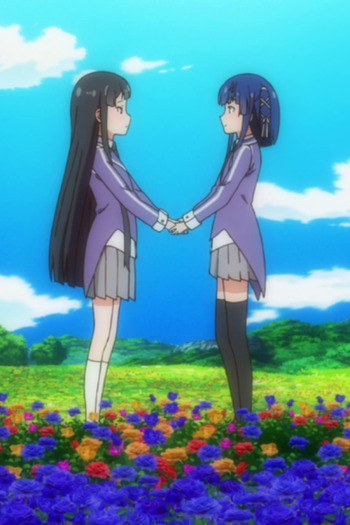 An ending for an anime that was not anything special and honestly quite forgetable. Sadly I have to note that despite the animation being consistent after so much time has passed the art is still quite dull and underdetailed with an overal rough feel for the whole thing.

The story for these final two episodes are not only as cliché feeling as the first two episodes they are also rushed and probably in terms of scene to scene writing probably the worst the anime has gotten. It feels like a painfully hastily written conclusion to a story that honestly had all the time to set up things better.

The characters are dead basic with the introduction of the last important characters backstory just feeling tagged on, The entire two episodes worth of content is entirely unsurprising and the quite ugly art simply just makes at an unworthwhile experience overall.

So if you watched the first series and don't feel too compelled to complete it honestly from my point of view you can skip these seperate last episodes easily and forget it ever existed.