Made in Abyss: The Golden City of the Scorching Sun 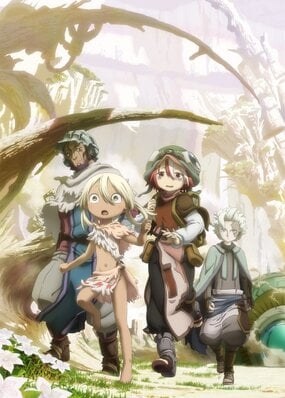 The second season of Made in Abyss.

By far the weakest part of the series. In season one we see a lot of mystery unfold about the abyss and what an unforgiving place it can be only to run into season two where we basically completely forget about the abyss and spend the whole season in a place where the rules of the abyss do not apply. While season one contained a lot of suffering this season seems to just have suffering for the sake of suffering as if the writer is getting off to it. Also there is some really unsettling sexualisation of loli characters going on in a way that absolutely rubbed me the wrong way. There seems to have been a fundamental misunderstanding between mystery and poor writing. The fact that not everybody is explained is not an excuse to put up with utter nonsense and characters and there motivations make no sense whatsoever. This whole season was a mess and I hope for season three to be better so I can consider this a weird OVA fever dream that is not part of the overarching story. The promise of the past season and the hope for a better season three is what kept me watching. The story tried its hardest to push me away. The ED song is amazing though and the animation looks slick as expected.

"I gave some to everyone else, too." Made In Abyss S2 is a masterclass in storytelling, despite how much messed up and horrible sh*t goes down. Ever since the trailer dropped, people were saying this season would be even darker than the movie, which I didn't think was possible. But it is and is an absolute rollercoaster of emotions. The story gets more intriguing with every layer and the Golden City is no exception. The backstory to this place is horrifying but despite that, is a fascinating watch regardless. There's something to be said about the author and his obsession with torturing kids and being a bit creepy, but the anime adaptation dials it back in favour of the amazing storyline.  The music is beautiful as ever, and there is a certain scene in Ep 10 that will cause waterfalls for everyone (myself included). There's a bit more action this time around with a strong emotional core and great animation to boot. Overall, Made In Abyss is a heartbreaking tragedy that is definitely hard to watch, but stick with it and ignore some of the author's self-insert "preferences" and it's worth it every step of the way. Bring on Season 3!

A lot of this season is about how much you value something, why you value it the way you do, what value means to others, why others may value things differently to you, and if those values can change over time. How far are you willing you go, for something that you value a lot. Reg, Riko and Nanachi make their way deeper down, into Abyss, where the creatures become are even more dangerous than those we've seen in the past. While our friends are resting, Riko's white whistle gets stolen and a strange drawing is left behind. Our friends set out to look for the white whistle, and come across a really strange, but bright-coloured, village, filled with really goofy character. It doesn't take long before our friends find a page from Riko's mom's journal, which Riko clearly wants, but that's when we start to learn about this village and its inhabitant's dark past. I do think there will be a lot of people feeling rather confused when they watch this season, mainly because of how the term value is being used. One moment they're talking about just a currency, but then it gets turned into objects, followed by the characters themselves, and then even feelings. For example, trading a life for an item, is just something we would never consider, but different world with different rules, so it is something you could expect. It was another really enjoyable season, with more excellent world building and even more enjoyable characters. A big chunk of this season is tied to flashbacks, and I think it's handled with a lot of care. Expect a lot of deaths, gore and destruction. The only negative thing I can say about this season is that one of the most important moments didn't feel animated as well as most of the other parts of the season. It wasn't quite slideshow'ish, but it didn't feel like it was meeting the same standard as the rest of the season, which was something that really bothered me at the time. Other than that, another great season, Sosu! 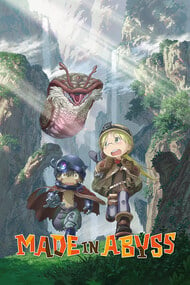 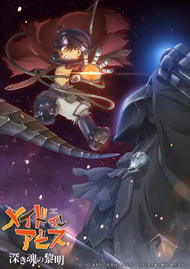 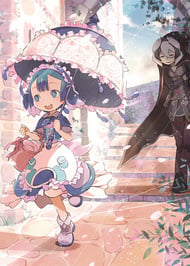 Made in Abyss: Marulk's Daily Life

Made in Abyss: The Golden City of the Scorching Sun - Papa to Issho 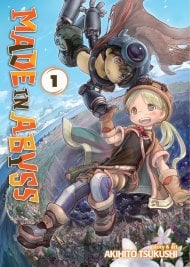 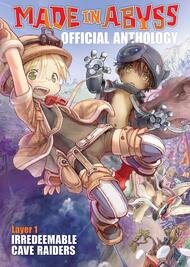 Made in Abyss Official Anthology