Macross: Do You Remember Love - Reviews 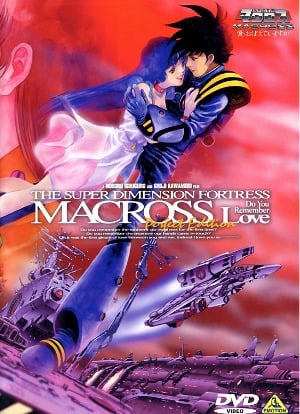 Well, this movie doesn’t necessarily begin where the series does, or an established beginning like where the SDF-1 is about to make its maiden voyage and then transports to the other side of the milky way and must make their way home. Instead, the movie is more about how its already established that those events did happen, but we don’t see them. In addition, Hikaru is already a Valkyrie pilot and Minmei is already a star, though they have yet to develop some sort of relationship. By accident, like in the TV series, though under some slightly different circumstances and results, their bonding encounter is when they get caught inside the engines of the macros and upon their freedom, they become the target of the tabloids. It’s just that in the TV series, Minemei was yet to be a star, while in this movie, she already is and people are gossiping over what they may have been up to while stuck.

Other changes is that the female Zentradi, renamed the Meltlandi, are recognized as a different faction in the war. Despite all of that, the movie still retains the themes of love triangles and such in the same fashion, but Hikaru’s coming of age story is not that well emphasized in my personal opinion. However, because the series of Macross was told in this single movie, other elements such as Max’s and Milia’s relationship is slightly nodded to, but not at all officially established or developed. But in general, the main characters from the series are still present and still share the same fates but under different circumstances and situations. Despite this being a movie off a series, I say you don’t necessarily need to have any familiarity with the series to watch this movie because the characters are already established and developed. It’s not really who, but it’s question of how you want to know the characters and this movie doesn’t address it in the same way the TV series does. Despite that, the characterization is still faithful. But it offers another kind of ending and its own distinctive approach on the origins of the Zentradis where you are getting a movie still semi-original in its own right.

Not only are you getting new footage in this movie, but there is much more updated designs and animation quality over all you can say is appropriately theatrical. Despite this movie being as old as I am, I find the animation to be amazing. I like how it’s really high res while the series was more grainy with the quality. It’s brighter with the res, but still knows how to keep dark tones. Especially with the Zentradi characters who have a much more updated look. They look more alien and monster like and not as humanoid or human resembling in the TV series. They are colored much darker and are just re-designed altogether. Minmei’s concerts are also just great to watch and have excellent elaboration.

The mech designs are still the same, but the execution of the action is always as exciting as ever and spread out. The city inside the SDF-1 is excellently detailed and I love the battle scene there.

Much of the music from the TV series is still present in the series. For example, the moment you see the title screen, you hear an instrumental version to the opening theme from the TV series. I thought the music was good enough in its own rights and I don’t think it needed that much changing, but could certainly use some additions which is where the main theme, Do You Remember Love comes in. This was the song that really made Mari Iijima an established singer. She still sings today and works out of LA. Her talent is just incredible and well rounded. She can sing bubble gum pop in the likes of Shao Bai Lo which is also sung in the series, and this really incredible love song right here. It’s really hypnotic and the lyrics are just beautiful.

And the Japanese voice cast still retains more or less the same voice actors from the TV series which is good and I got nothing more to comment on except I really liked how they gave the Zentradi their own language which is subtitled to Japanese which is then subtitled to English depending on what version you watch. I wouldn’t say that approach is more realistic, but more logical and practical. I also like how they were given an echo sound effect and well modulated in that kind of way.

Considering how much of a success the TV series was and how it continues to be a success today, I think the movies could have been a TV series like Gundam like how I said earlier. Granted Gundam movies in comparison tended to stick to the design and animation style of the TV series while Macross steps above that. I think in Macross certain characters were not centered around that much, like Max, who is my favorite character. I like how he has this nice guy personality and looks all nerdy, and yet, his piloting skills is shown to be much more superior to Hikaru’s and I think he takes down Roy. But I gotta give the experience edge to Roy and in a lot of situations, that out does skill and natural talent. Though it’s not necessarily the same as the series and is just meant to be a retelling, it’s still distinctive in terms of art and animation style, and music. If you’re looking for top notch plot, I wouldn’t call this movie that, but still has something engaging, but the characters are too established already and all you need is the relationship development which I don’t think should be that centralized. But anyway, you’ll also get action and adventure 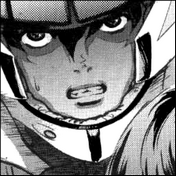 Leaving only the main premise of the original show and changing drastically almost everything else, Macross - Do You Remember Love presents a different take on the story telling and character development. Is this take a superior one? Well, for the most part - no. With that said, it's not a bad variation either. Feature length obviously forced writers to compress a lot of key material which should have much more time to develop. Thus leaving a feeling of an incomplete story. But this brief version also answers and establishes few things even the original, with all it's length, forgot.

Served with amazing even at this day and age animation, mind blowing for it's time of release and orchestrated by great score, Macross - Do You Remember Love is a definite gem in the mecha genre and Macross franchise itself.