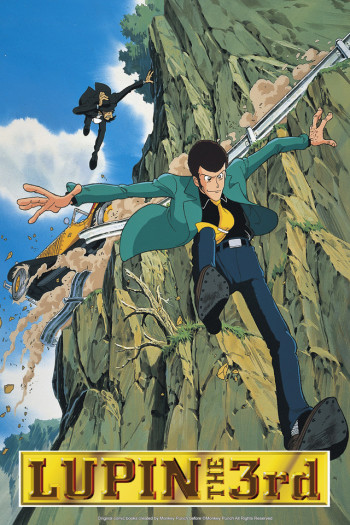 Though from the old school Lupin the III will always hold up. With spy intruique, murders, romance, and just plan action packed. This anime is for anyone.

Animation is in the classic relm of time. What I can say is that from episodes nine thru twelve are animated from Hayao Miyazaki.

Soundtrack is killer and will stand the test of time. Jazz and Funk Fusion domintate the pallette. I had worked on a album inspired from the OST of the series. Link to come soon.

Charaters are the backbone of the whole entire series. A suave Spy who doesn't have to prove his strengths in just violence but can brink it to the table when needed. Sidekicks that know their weapons as well has they know and respect Lupin, and of course a conflcting love intrest. To who is to know who side is she on time will only tell.

This is anime is a starter kit anime for anyone getting into the Japanese lifestyle. Can easily translate into English James Bond-ish mannerism but at always watch in Japanese. Amazing Show, Amazing Soundtrack that it all.

well this was better than i expected, especially for its time.

it's very goofy and somewhat childich but that's part of the charm.

I've watched all of the second version of this series and the characters are explained well here but your here for the review of the first series to the show so here we go.

The story is very thought out but this is where the series devoleped its character's charm which is seen in the future series as well. I'm starting this review with very little knowleage on what this series is about but I have enough love for this series to make a pre-review to what I already know about Lupin from the second part.

Animation is dated, very dated but this show was first drawn in 1970. I can see they were trying to get out of the cartoon's image for children at the time which anime was only a part of in Japan at that time and didn't have any mainstream appeal it does today.

Sound ranges to bad to horrible. It will drive you insane. Mainly the intro and the outro.

Characters meet for the first time and this is where you find out more about Lupin's ancesters, his past and the past of him and his friends.

Overall I haven't watched it all, though when I do watch it all I will update this review in the upcoming months. So I'm giving this series a temporarily a score that matches what I've seen thus far.