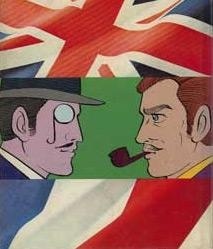 The opera singer Lu Cai and her theater troupe moonlight as a notorious gang of thieves, easily running circles around police investigators. That is until she becomes the target of a deranged serial killer and barely escapes with her life—but at the cost of revealing her true identity to Sergeant Lin Guanliang, the officer in charge of investigating her crimes. However it turns out that despite his pursuit, Lin Guanliang actually wasn't interested in catching them at all. What exactly is his aim then?

Practice makes perfect for Lupin and the crew as they rehearse for their latest heist...but will they crumble under the pressure of the spotlight?! And later, during a daring mission at the museum, Inspector Zenigata may have finally come up with a way to confound our Master Thief! Think that'll stop Lupin? Of course not!

The continuing adventures of classic Arsene Lupin character created by Maurice Leblanc. Lupin is a Gentleman Thief and a master on disguise, during the Belle Époque years.