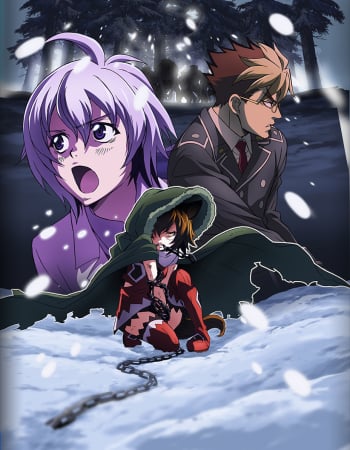 It is pretty similar to the manga but is a bit more fluid and flows better.  The single episode essentially appears to cut off the very point of the anime/story so if more episodes or a season is ever forthcoming, then there needs to be something tangiable, such as maintaining communication with Rossa, for the story to be plausible for more than one episode.  This episode would have to be edited to provide such a clue that it is not the end.  If it is the end, though the story is a pretty decent one it is just a bit too short.  Even if it were to be a full season, what happens in this one episode would work much better if it were stretched into 2 or even 3 episodes of a season or maybe even have an episode or two before Rossa and Testa wind up in the woods.  It may well be possible for them to live isolated away from both factions but it would be a much better story if it were either more complicated than that or there were more factions within each side that they could potentially turn toward.  The story for this one episode is simple, short, and straight to the point but may also be too fast and by that I mean either it moves to fast to a conclusion or it skips forward to much (as opposed to being split into 2 or 3 episodes).  Because it moves so fast through the story, we the viewers do not have much of a background for the story provided to us.  Little to nothing is known about either faction or how a war started between them.  It is implied simply by the existance of Yonaga that there maybe more than the two factions or at least more than the two sympathies for killing on another.  Tradiional werewolf stories work differently as well as how new werewolves are made but those tradtions do not match what is in the anime.  Since it does not match, it would be beneficial to both the understanding and the story as well as to avoid confusion if more information about these differences were provided in the setting.  As it is, it looks almost like a furry story but at least one 'werewolf' we know of did not look like a furry either.  These two looks only add to the confusion.  Not enough is provided about any character to really give that much of a grade but as it is I may have given it a higher grade than it deserves for the character aspect.  The single worst thing about it is the mention of 'cursed blood' but absolutely no further details are provided which only leave the viewers frustrated and confused.  The lapses in story basics and plot holes as it were force me to lower the score on another wise much better story and concept that should earn better marks had the animators followed the basics a bit more.