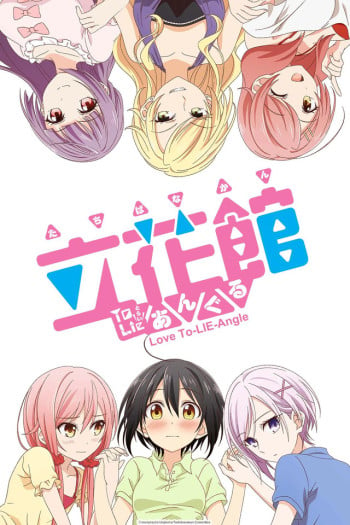 Aya Akabane is anything but typical. She's arrogant, believes her bra is a fashion accessory that's meant to be worn in public, and takes out her aggression on her closest friends – especially poor Konatsu, who is frequently picked up and spun around by her ponytail. Together with her friends, Aya enjoys an action-packed, event-filled high school life, whether she's trying to steal the panties her friends are wearing or secretly trying to film her classmates' underwater!

The story follows Yurume, an 18-year-old high school graduate who has yet to be accepted into college. In an effort to study for exams, she moves to Maison du Wish, an apartment complex on the outskirts of Tokyo which is full of other out-of-school "rōnin." Maybe that has something to do with the rumor about Maison du Wish: no one who lives there passes the entrance exam.

Yurume's everyday life living at the Maison du Wish continues. Her neighbour Sae's strict little sister comes to live with them, and she will not leave until her older sister finally unpacks all the boxes and cleans up the mess in her apartment. Life around Yurume becomes crazier, ever so slightly.

Feminine-featured Shiina Aki is at odds with his masculinity. To fix this, he heads to Tokyo to attend a new school and to meet new people—the living situation was bound to be weird but not this weird! Now Aki’s the only boy among three older female classmates—and he’s totally crushing on his voluptuous dorm room caretaker!

Did you think the chaos at the Hinata Inn is over? No way! Love Hina Again introduces a new girl--Kanako--who has a big crush on Keitaro and magical powers on her side! Will Naru finally confess her feelings to Keitaro, or will he literally be 'charmed' away?