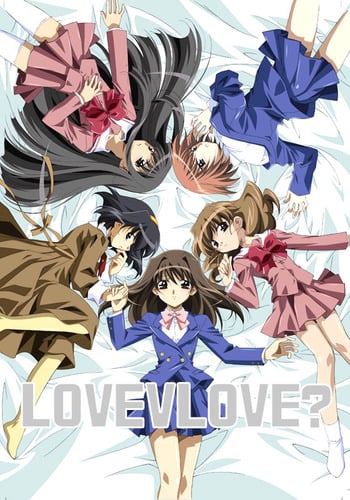 Despite its initial good premise, this series quickly debunks into a parade of pointless ecchi.

Clearly a low-budget series, the optical and acoustic experience never goes beyond providing vulgar sexual situations and forced jokes that undermine an adult’s intelligence.
-5 pretty girls with shiny skins (a sign of poor lightning effects),
-luscious bodies (picture perfect body figures tell you from the start what kind of series this is)
-and dumb attitudes (every perv’s dream)
-are doing silly things with the male lead that always lead to a-step-before-turning-to-porn situations
-which WOULD be interesting if it wasn’t so repetitive. You practically get the same joke repeating for each girl. That means 5 times in 7 minutes. It quickly becomes predictable and expected, to the point of losing interest in it.

The series does manage to arouse you and make you laugh sometimes but it happens so fast that you don’t get the time to appreciate it, as it should. Plus, I don’t know about your tastes but personally having all this extreme fan service without actual sex, is irritating.

It turns out that this series is the meta-story of Cosprayers, another similar series by the same production team. 5 girls are gathered to play the heroines in Cosprayers (presented here as a Mahou Shojo tv-series) and the leading male, the cameraman, gets to film them doing all sorts of ecchi stuff. Soon, the girls try to be kind to him in any form possible, since he has the right to remove from the series any one of them, who doesn’t fit the role. You can imagine what that means…

VALUE - ENJOYMENT SECTIONS: 1/10 [doujin NOW!]
I’m sure that the doujin version of this story will be a blast. Unlike the original one, which is just a small firecracker.

to start, this anime is good but lacks a little in some ways. but really gets me is how it ends, i just didnt like b/c to me it seemed like there was more to say but they cut it short for some reason. and i think after 10 years they would have made a seconond season already to continue the story, but sadly they didnt. b/c now i want to know what happens next but i'll never know. 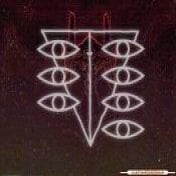 When i stumble upon this anime i read the Synopsis for some reason it call my attention even if each episode is only 15 minutes long that's what make the anime likeable.

The story take off in the middle of the production for a  children’s “hero” series named Cosprayers the protagonist named  Ooizumi Naoto is one  the cameraman  for the movie but in reality he is the write of the show for some reason he don't want the cast and the staff to know he is the writer the only one who know is the producer but mistake the actresses find about that he is the writer so this where it begins the ecchi advances on him so they can get more air time in the movie the protagonist is in love with his high school crush Magami Natsumi and she was selected as the main heroine  for the movie but when Ooizumi Naoto finds out that all the actresses knew he was the writer and that they being playing with his feelings just to get more air time in the movie he seek revenge and the rest u will have to find out I personally like the anime i mean is not a outstanding anime but is a so so even if is echii it has it's moments of comedy is enjoyable.

The animation is passable nothing outstanding even if each of the girl look unique they were some parts in each episode that look uneven and the main character Ooizumi Naoto look kind stupid some times beyond that is okay.

To my surprise and enjoyment i really like the duet opening theme the lyrics are really pleasing the close theme was okay as well but i like the OP theme better the background music in each episode was doable the voices could had been better some of the voices seem to be recycle they sound like the same voice for other characters.

Even the animation was a bit down i came to like the design and construct of if the main six Protagonists the 5 girls and the boy Ooizumi Naoto although he look kind of weird in some episodes.

Is a enjoyable anime even if is not a remarkable production it kind of grows on you after the 3 or 4 episode the story I find it better that i was told there is deception, love, jealousy and of curse Echii scenes may be that is what complemented the anime well LOL :p

if you like boobs, panty, and a horny guy this is for u. The story is very weak about a guy who is a script writer and the actress in his shows do crazy stuff to him to get more screen time. the other half of the story is boobs boobs boobs. this anime would have been good if they dropped the ecchiness level. the only thing i liked about this was how they guy got revenge on the girls who played with his emotions. beside that i found it pointless. if your looking for a good laugh or boobs then this is for u.