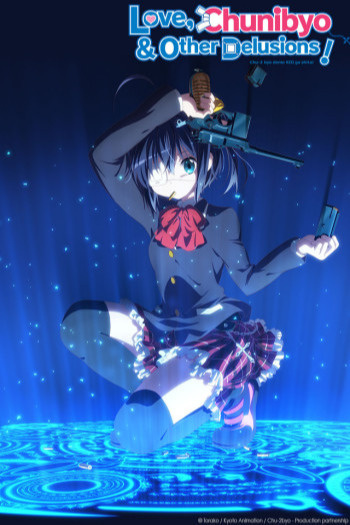 Some time after Rikka returns to the school, the gang has a Christmas party at Sanae's mansion.

Story: nice little OVA was pretty cool Animation: spot on with the art and Animation Sound: spot no with the sound Characters: dam it was funny as hell when Rikka and Sanae had the cake they where falling all over the place and dam was Sanae still wasted after the party lol

Love, Chunibyo & Other Delusions/Chuunibou demo Koi ga Shitai!/Even with Eighth Grader Syndrome, I Want to Be in Love, is a Japanese light novel series written by Torako, with illustrations provided by Nozomi Ousaka. The work won an honorable mention in the Kyoto Animation Award competition in 2010, leading the company to assume its publication starting June 2011. A 12-episode anime television series adaptation, directed by Tatsuya Ishihara and produced by Kyoto Animation, aired in Japan between October 4 and December 19, 2012.The television series were released on six BD/DVD compilation volumes between December 19, 2012, and May 15, 2013. The volumes also contained bonus shorts titled Depth of Field: Ai to Nikushimi Gekijou. A seventh volume, containing an original video animation episode, another Depth of Field short and the Lite shorts, was released on June 19, 2013. The series has been licensed in North America by Sentai Filmworks and was streamed on Anime Network. Sentai Filmworks released the series on subtitled DVD in North America on May 27, 2014, followed by an English dubbed release on DVD and Blu-ray Disc on February 24, 2015. Love, Chunibyo & Other Delusions focuses on a high school freshman Yuuta Togashi, who once suffered from a ‘chuunibyou syndrome’ i.e. an overly self-conscious middle schooler. Now he wants to bury this embarrassing past of his and to begin a new life in high school—all in vain. He meets his old friend that knows about the old Yuuta and he now tries to get rid of that shameful part in his life. However, everything is not that easy as it might seem. Love, Chunibyo & Other Delusions is a slice of life, with some grains of romance and drama. The series offers a fresh view on how to make a slice of life series interesting and flashy.  Its characters imagine themselves as a part of a fantasy world rather than actually being a part of one. This makes it somewhat unusual and new series to watch. And while the story-line might sound somewhat weird, we all have been in that age, trying to escape from the reality. If not, chances are, you used to have a very weird friend, you could not just leave and had to play along with. This might make your watch even more interesting. Even if it is still not true for you, the series is one of these slice of life series that is actually funny and interesting to watch, since it has little to no fan service. Talking about the animation, taking into consideration the fact this series aired in 2012, it still has an animation many series today will be jealous of; the visual quality is par for the course for KyoAni's high standards. It looks vivid, an eye-candy that you want to never end. The action scenes are just amazing and all characters look unique and just beautiful. Music wise, nothing worth mentioning. Yet, dub wise, this is something I say quite never, but it is okay to watch it in both English and Japanese dub. So feel free to watch it in whatever language you wish, they are almost equal. The series follows Takanashi Rikka and Togashi Yuuta and other supporting characters. Rikka is clumsy and not overly bright, but very creative female lead.  Class representative Shinka is a two-faced girl, who acts one way in public, but has a nastier side in private and wants just as desperately as Yuuta to forget about her old and embarrassing habit. Yuuta also wants to forget about this embarrassing part of his life, yet, he just cannot simply do so for a reason. Sanae is, so far, a purer comic relief character, while upperclassman Kumin is an immensely cute and delightfully adorable girl, who does not understand Rikka and Sanae's fantasies, but finds their enthusiasm so infectious that she plays along. All in all, characters are okay, but the main problem here is supporting cast that should have gotten more attention. All in all, while not perfect, that still is a series worth checking. Indeed, the execution through these episodes is not always perfect, some obvious flaws are just there and they are too obvious to miss, nonetheless, there is hardly a thing to hold the anime back. The emotional climax and quality character development make up for the flaws. Overall, the series remains funny and entertaining even with its grains of philosophy, emotions, and context to back up the humor. Definitely a slice of life worth checking! 8/10. 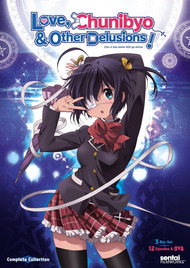 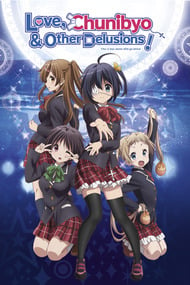 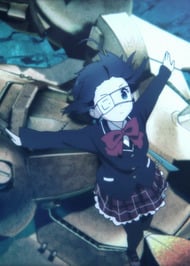 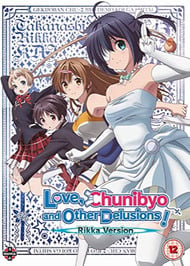 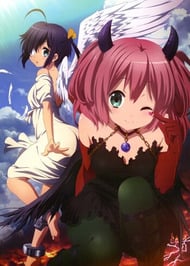 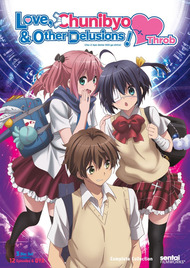 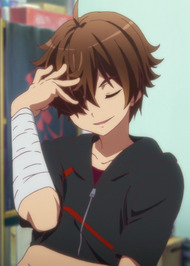 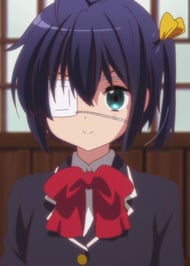 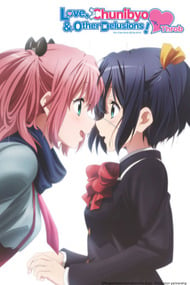 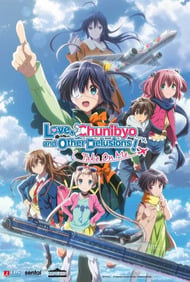 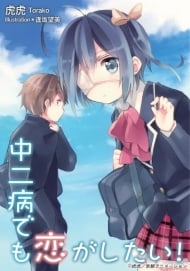