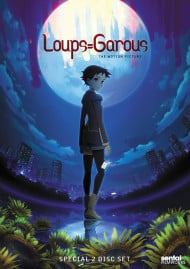 What I Liked: The depiction of (future) people purely dependent on technology.What I Didn't: Dialogue was cheesy at the best of times, some plot points that were obvious were still explained (e.g. Ishida being an avatar), Makino was irredeemably irritating, more plot holes than a block of swiss cheese. Pop group cameo seemed shoehorned in, intrusive and didn't seek to be of benefit to the plot.Final Verdict: Loups=Garous was nothing original nor nothing special - in fact, it was highly irksome. Everything about it screamed C-grade from the gratuitous plot device-pinching to the flat and boring characters.

This is my very first review so don´t be to harsh on me ok? I tried my best to review the movie and I would be glad If someone could correct me If understood smth wrong!   Story This anime left me with a WTF? expression after the credits started rolling and it took me some minutes of thinking to figure out what I just saw. Loups=Garous means werewolf and had actually only a bit to do with the story but lets put that aside and concentrate on the plot. The movie just starts somewhere in the middle of a city after some war. People that live in there are controlled everywhere even in their own houses by countless cameras and patrouling services. Kinda reminds me of the game "Mirrors Edge" if you know what I´m talking about.   What happened to the world that people have to live in such controlled city? What caused the war? That and many other questions are leaved without an answer wich makes me believe that this movie is based on a game, anime or is a sequel to something that had to be watched to actually understand the movie. The story has many flaws and gapes wich leave the viewer in a helpless state of being thrown in the movie without any information. The story develops in a strange manner and ends with an awkward ending. There is nothing original in there and it´s not really interesting to watch. For example there is this scene where the "good" finally discovers the "bad" guy who is enjoying a meal in a typical "Mafia" manner. Come on?! Isn´t this kinda overused in movies? To be honest the whole story is confusing at first but you should be put the whole picture together if you think about it. But even then it would seem senseless without any deeper meaning or message.   Animation The animation was really good and actually flawless. I didn´t saw anything that disturbed me in any way except for these emotionless eyes. I don´t know if they were on purpose drawn like that or by mistake? But these kind of shadows in the eyes resemble emotionless in my mind because its used like that in animes. Anyway the animators threw even some CGI in and that turned pretty out pretty fine. The city filled with cameras and such looked good and the colours were used in proper manner wich added to the mood of a controlled city. But it can´t be compared to detail bombs like "Promised Place" or "Summer Wars" and is only a bit above the usual 2010 weekly anime level.   Sound There was nothing wrong with the sound everything sounded right and believable and the voice acters did a great job. It wasn´t perfect but I mostly don´t put much attention to such things aslong they don´t really stand out either bad or good.   Characters Bad! That´s that all I can say. Actually.. No Wait! I gave the Characters a lower score than the story because the story made atleast more sense than the these girls. I didn´t detected any character development except for Hazuki and a bit for Ayumi. The character itself were pretty much overused stereotypes and just plain in my opinion. Nothing new just proved to be good settings. Ayumi was one of the most confusing characters with no background wich ruined the story pretty much. She was also one of the reasons why the story didn´t made any sense or is it vice versa?   Overall Strange and confusing story with no background, but decent sound and animation and bad character settings wich I won´t reveal because I don´t want to spoil anything. I can´t recommend this anime basing on some other movies because it´s so unique and at the same time so confusing and mixed up. Again I don´t if this anime had some sort of prequel like a game or another anime since I didn´t found any. If there is some then please correct. 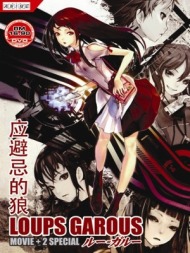 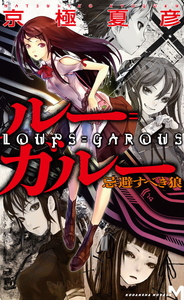 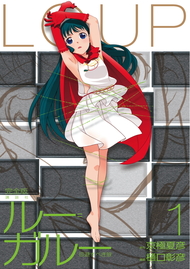