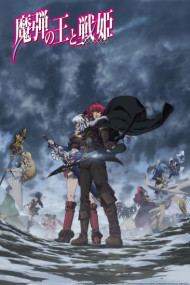 Tigrevurmud Vorn, the young lord of a remote region far from the kingdom's center, is commanded by the king to go fight the war against a neighboring country. The leader of the enemy is Eleonora Viltaria, one of the seven Vanadis given supernatural arms from a dragon. The moment when an archer boy and the silver-haired beautiful war maiden meet, it is the beginning for the legend of a hero that will be told for generations to come.

Haiiii~ (づ｡◕‿‿◕｡)づ ♥ Welcome to my Lord Marksman and Vanadis review! I've been following up on this show since episode 1, every single week... and all I can say is that for me, out of all the shows I watched this season, this one was the most disappointing. And I was a bit sceptical when I decided to watch this title, however... STORY The whole story is based on Lord Tigre and him bringing freedom to the land he owns, also helping Eleonora, a war maiden to fight evil or something. The whole story is fairly difficult to follow, I was very confused in last 6-7 episodes or whatever. Oh and if you're expecting lots of harem and ecchi this show is a no no. There are plenty of big boobs, but the show isn't based on them. So yeah if you want boobs go watch highschool DxD or Seikon no Qwaser  After watching 2-3 first episodes I was expecting the story to develop into something great, with lots of characters and backstories and everything a decent anime title has. However... I got almost nothing. The whole story is based heavily on war, war and more war. They just fight for something then they fight again and they fight and he's hurt but no he's alright the night later then he shoots with his bow and this bitch has a sword and boobs and they fight and fight no story development whatsoever. War, war, boobs, talking bow, boobs, war, whet. I will say that the story is somewhat entertaining. Even though the episodes are kinda repetitive and the story is boring. It's still fun to watch boobs bounce and horses die (never thought I would use those two in a sentence...) 10/10 for disappointment. 6/10 for actual story. ANIMATION Lots of pros and lots of cons when it comes to the animation.  What I like: the character design, vivid colors, the environment, the whole middle age style, their superpowers. What I dislike: the cutscenes, horseriding, several sloppy scenes. What else can I note about the animation. I like the style and all, but it just feels like it's not polished enough. You know, sometimes the body shape just doesn't look right, but you kinda know it's right... uh... ??? So in conclusion, this anime has a really vivid and unique kind of animation. But it's just not polished enough. I like how characters are done, I also like the style. I don't like the cutscenes and several badly done scenes/stills. So 6/10 SOUND Nothing wrong with the sound, the soundtrack is nothing special, but also nothing bad about it. I love the voice acting, all of the voices fit the characters. 7/10 CHARACTERS Let's start off by saying how well they could have developed all these characters. BUT THEY DIDN'T. The whole story focuses on war so much that they just don't have time to properly develop these poor characters. So that's what I don't like. Almost all the relevant characters are really attractive (Eleonora . . . ) so the characters are eye candy for the guys (and maybe even for the girls). And I am SO glad the main character isn't a ''typical ecchi protagonist'' , he's more like a loyal insanely talented marksman who's ready to kill and cut btchz  So I love the character design and almost all characters are somewhat likeable. I like most of their personalities but I hate how I don't know any details about them. Great concept but a poor development. 8/10 OVERALL  Entertaining. This show is one of those that don't really stand out, but still don't really suck either. I'd say this anime is worth watching, even if it's just for the bouncy boobies. There's nothing wrong with bouncy boobies.  So basically, I AM disappointed by this show, but that's only because I was expecting more from it. Episode 1 and 2 seemed so awesome. This anime is definitely not bad, but it's far from what I expected it to be. That's all. Thank you for reading this review! I'd reccommend this anime to anyone who likes umm. war?  Rate if you found this review helpful, funny, or just like it. I have more anime reviews so check them out if you want! Thanks and have a nice day ^^

This is first harem anime that i have seen without the 50/50 story/fanservice it was more 70/30 story/fanservice but the fan service was thrown at you at just the right times anyways the only thing i saw that was bad is the hair going under the eyes thats the only thing that bugs me Ps:this is not my first anime of any sorts ive watched 50+ anime during my life and this wont be my last by any standards Peace Out People, OmnipotentPatrick 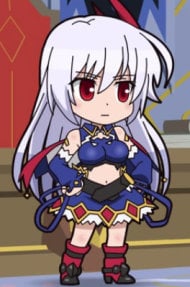 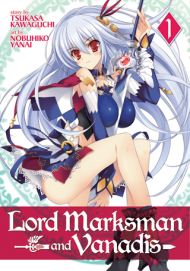 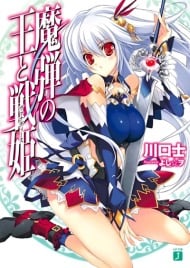