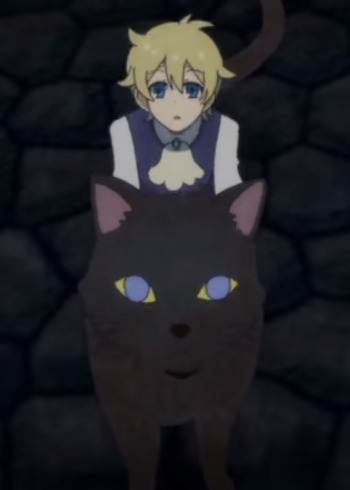 A woman pours milk from the top of the mountain. At the foot of the mountain, a man milks and pours it into a tank. One evening his pigeon doesn’t come back as usual, and finally, it brings back a small miracle from a woman.

The Ishinomori Manga Museum located in manga pioneer Shotaro Ishinomori's hometown of Ishinomaki City released a new animated short based on the creator's semi-autobiographical and wordless manga Jun: Shoutarou no Fantasy World. The short was inspired by the creator's hometown wishing to pay tribute to the work while also paying tribute to the ongoing rebuilding and recovery from the Touhoku earthquake and tsunami since March 11, 2011.

One rainy day, a squid falls on a crosswalk. A businessman and a homeless man see the squid and get lost in their own fantasies.