Listen to Me Girls, I'm Your Father! - Videos 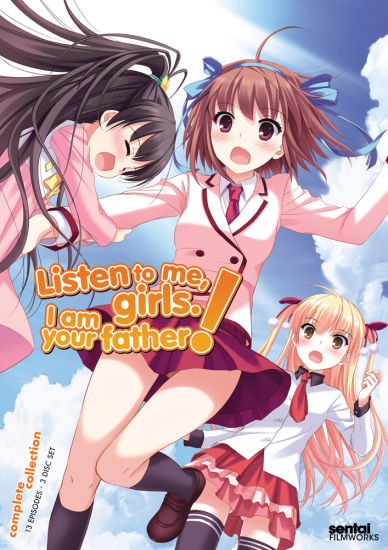 Listen to Me Girls, I'm Your Father! Episode 8 - Onii-chan's Choice!

With only a month to find a new place to live, Yuuta is under the gun. The new place must be within distance of daycare for Hina, trains for the girls, and affordable. Finding such a trifecta will be hard even with the help of his friends. They need an extension of the eviction and Hina might be their weapon.

Anime-Planet users recommend these anime for fans of Listen to Me Girls, I'm Your Father!. All available to watch right here, right now!

I think that Usagi and Papa no Iu Koto o Kikinasai are basically the same story just the main character who is taking care of the one who has lost their parent is 19 and is going to college and is not taking care of one but three children. Because of the age difference from the Daikichi to Yuuta opens up a lot more problems for Yuuta and it gives a more of a comedy role than a serious one of Usagi. At any rate the animes are almost mirror images of themselves if not for the age difference of the main character and the comedy rather than the seriousness. 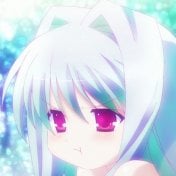 Raising children- is the common element shared by the both series with lot of love and affection. if you liked one then you can't miss another.

Both of these anime center around the young siblings of a close family and their home. They're mostly slice of life with some comedy springkled throughout, but they also randomly include brief moments of fanservice and minor references to incest (Danchigai is more moe/tame by comparison, however). If you enjoyed one, there's little doubt you wouldn't like the other.

Both of these shows focus on family life (one in a bit more normal setting than the other) and sibling love.

Papa no Iu Koto o Kikinasai! is a bit more serious and focuses on other things than just comedy (which is basically the only thing that Danchigai did).

It's a really good anime it's like listen to your father because it has a school setting in some of it and then mostly a normal Japanese home and stuff like that.btwv I need 100 words so I'm gonna say...YAY EXTRAVAGANZA PARTY FOR THE BEST ANIM3RRRRREEERREEEEEEERRFGG

They both involve a young man all of a sudden becoming a foster father to a cute little girl. In the case for Listen to Me Girls, I'm Your Father (PapaKiki), the young man becomes a father to THREE young girls, with the youngest being his niece and the oldest having a secret crush on him. Both titles show the growing pains and loving bonds the young fathers develop while raising their kids.