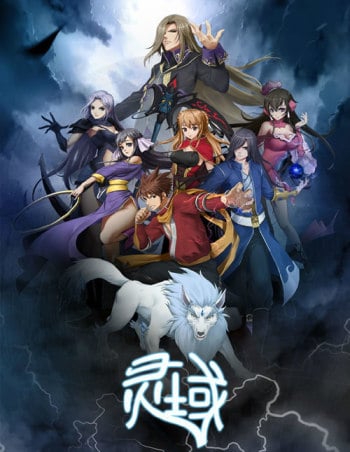 I haven't advanced much in the animation, chapter 3 so far, but hell the disappointment is everpresent, I do not understand why would producers decide to animate a story they hate so much that they have to change it so much from the get-go.

This story in the novel is indeed awful, its a plot-armor driven story with a cast filled with braindead characters, where if it weren't because of the huge amount of plot armor every character would be dead prior to chapter 1.

the Main character is so dumb and useless that he should have died in the character 1 of page 1, of paragraph 1 in line 1. YES, THAT BAD.

I was expecting a faithful adaptation, or "as close to" as possible but it seems the producers liked the "setting" but not the story itself, and due to the lack of resources to develop an original story, they just kidnapped the characters and setting and re-wrote it to fit their view.

I read this novel as an exercise for myself, training about how "not to write" stories myself (being a noob crappy wannabe writer myself, amateurish at best) because is really that that bad. it feels it was an experiment from the author to display that you can write a novel so heavily reliant on plot armor and still be a long and lasting story.

the animation isn't half bad, isn't good, but is not bad so gets a 5

The sound is so so, indeed gets 5 too.

Characters, as they seem to be kidnapped from the original story, they get 2 out of 10

Will continue watching for the sake of the same exercise I did while I read the novel, to learn how to "not do things" when it comes to storytelling. so ill maybe update the review later on (maybe not tho).