Lights of the Clione - Recommendations 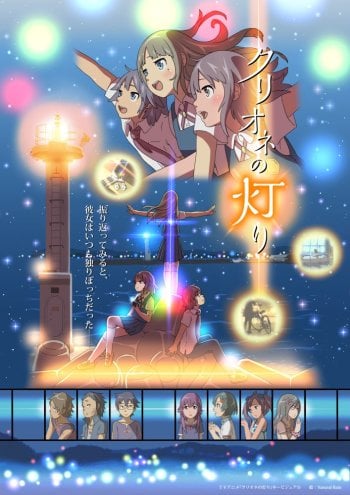 Life at the Yanagizawa private high school is boring for all attending students who prefer to stare at their smartphones for most of the day, just playing games and chatting to each other. Everyone’s dormant lifestyle though seems to awaken when they are asked to vote for a classmate who will be asked to clear a task or otherwise become the “sacrifice” and suffer a “social death”! What does this mean though? Who will be the first one to be voted and what is a “social death”? The students will find out very soon that some games are far from innocent…

The protagonist of "Girls' Lives" knows that her feelings for the school idol are different from everyone else's.

At Night, I Become a Monster (Novel)

By day, Adachi is a normal student. By night, he’s a terrifying creature of many eyes and many legs who lurks in the darkness. One night, while haunting his own school, he comes across his classmate Yano Satsuki--she’s been an unexpected victim of bullying, and stalking the night in her own way. He’s surprised to find himself developing a sympathetic relationship with her. In this supernatural novel about nighttime outcasts, two students confront the monstrous ways that humans can treat each other.

Mario Ando, is feeling a total failure, being treated as invisible at home and at school is unable to build the courage to help his best friend who was constantly being bullied and eventually tries to commit suicide! However, one day, a bracelet arrives claiming that he could now "possess another person" with the use of a special sticker! If he could become "someone" everything he desired would come true!

The story revolves around an amnesiac girl named Ryoko Otonashi who is an Ultimate Analyst, and the sharp-tongued Ultimate Neurologist Yasuke Matsuda, with whom she is infatuated. She receives regular treatment from the latter for her psychological disorder, which causes her constant loss of short and long-term memories. However, Ryoko is connected to the despair incident happening soon that Junko Enoshima has planned out.

Kuchiki, a flutist, was plagued by nightmares every night that forced her to seek the help of counselor Matsuzaki. Ishikura, a police inspector, unexpectedly discovered a headless mummified body in an empty apartment and is now on the case. When Kuchiki regains her lost memories, the curtains also opens to a tragedy!