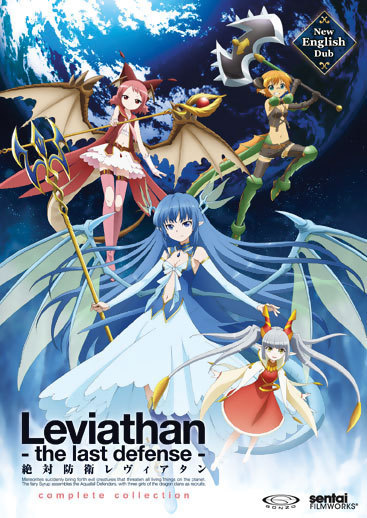 This is a pretty standard show with cute girls in an RPG setting. There is a slight twist in that the girls are actually dragons who also transform like typical magical girls. So it's a magical monster girls type of show. As far the plot and humor goes as I said it's pretty standard but by no means horrible like other reviews on here make it out to be. The plot is actually structured as a series of simple quests which is obviously a throwback to the classic RPG era. Overall, if you are into fluffy shows with a simple underlying story with cute girls I'd say this is worth a watch.

Allright. It's been a while since I've done something like this so bear with me as I try to find my way again.I did quite a lot of them in the past on a different website which you can find here: http://legendsofsatura.net/index.php/forum125/6-reviewing-guild.html

ART: Servicable and average are the words I'll be using a lot describing this anime. Art is not bad and not outstanding either and this is a shame. It is stated on the outset that this is a fantasy world and the people living there are not human so the artist could have gone all out in creating the characters and world. Unfortunately it is mostly average and boring.

Special note must be made though for the guardian dragons they meet along the way. These ancient and powerful beings look simply horrible in all their CG glory. Every time one appears on screen you can only stare in horror at the abomination filling the screen and it rips you right out of the anime every time it happens.

SOUND: With the 3 leads being young girls you can pretty much guess what the voice acting is going to be. Music in the series was so bland that I couldn't remember any of if my life depended on it and I watched this series just a few weeks ago.

CHARACTERS: The 3 leads.... or 4 if you count the fairy are the typical young girl hero fodder that series such as these thrive on. Main character is Leviathan, afther whom the anime is named so you know she's important. She is a young dragon girl who looks mostly human but for a few strategically placed scales (yes we are really going there). Her brother vanished a few years ago and she is desperate to find him again. While training her water magic she encounters our second main character, Syrup, who is a fairy.

Syrup has become aware of the threat of the Toripu who crashed onto the flanet via a meteor and is searching around for people to join her Aquafall Defense Squad. Leviathan is the first member she finds and starts to pester her to join.

Bahamut is another member of the ADS who gets enlested by Syrup. As the daughter of the most powerful mage in town she is very wealthy and capable of using fire magic.

Jorgumgand is the thrird and final member of the ADS and physically very powerful. Weapon of choice is a massive ax that she uses to destroy anything in her path.

STORY: Allright, I'll be the first to admit that I'm not the target audience for anime such as these but I really didn't like this one. Story wise it is very simplistic in that the world is suddenly in peril through the arrival of the Toripu, who are a type of bug, and the girls must save it.

Although each girl steadily refuses to join the ADS it is only Syrup and blind coincedence that keeps them together. Although the town is pretty small initially it is hinted that the girls do not know each other. In the case of Jorgumgand and Leviathan that is possible but as the daughter of a high placed town member, Bahamut, should be very well known.

Character progression is virtually non-existent in the series. Each of the girls becomes stronger with the focus on Leviathan and they become frieds and is about it.

As mentioned before the girls look human except for some scales but they can transform into a more powerful form where they also grow a tail and wings. As with every transformation series some nudity is involved which is why the scales they have are so strategically placed. It allows for much more 'nudity' scenes than they would normally get away with considering the age of the girls involved so you have been warned.

The transformation sequenses also pan out the already short episodes. Where most anime episodes are around 20 minutes long these clock in around 17 each, not including the opening and ending credits.

The monsters themselves are pretty boring with only a few different types appearing in the anime and 2 boss fights. As the guardian dragons we get a bit more veriaty but the GD simply are too horrible to look at for to long.

As I said this is not my thing but if it is then go ahead and try an episode or 2 before deciding.

***There is one tiny spoiler in the Story section***

Well it looks like Haiyore! Nyaruko-san W has some company for most generic anime of this season.

Zettai Bouei Leviathan is a boring anime with cute girls. So there are girls, they get together, one of them loses a staff I think..they end up going to a spa…yeah. This anime was not interesting what so ever. There was an attempt to have an overlaying plot but in reality all this anime tried to do was put out cute yuri scenes.

The animation was pretty good but not amazing. The lighting was actually really well done and the character models looked pretty good. The issue though was that there was a noticeable drop in quality at some moments during the show’s airing. Some great looking scenes but a lot of average ones as well.

So the characters worked ok with each other but they were far from interesting on an individual level. Bahamut is your typical rich loud girl, Jörmungandr is the tomboy, and Leviathan is the shy one. Just some basic empty shells.

This show like Haiyore! Nyaruko-san W was just pure averageness. I find it almost unfathomable how shows like these make it to airing…oh yeah it’s because of the boobs.

Story: Hmmm... I don't think I have the brain power to write a full review for something as boring as this. It's boring and I'm drawing a blank. Cliche, boring, numbing, dull, shit happens but you don't give a shit. ...Shit, I am drawing a blank. It's largely unexciting as the girls do cute stuff, and they fit in with the archetypes: Tomboy, rich loli and stoic chick with the largest chest. But the barkeep has a larger one, and some of the stuff that happens for giggles is a bunch of running jokes or I hope it is and not the writers running out of ideas.

There are a few interesting and funny moments but they're far from each other. The overall plot, nothing to write home about much less remem- memorable. It's just dull. I was barely paying attention and if I wasn't multitasking I would have gone into a coma. I can't take much more of this.

Animation: Ugly, ugly CGI. Ugly. But the girls look nice, the Barkeep is a total fox RAWR! and I guess things look good overall. Overly large axe and dinky fireballs thrown about is spiffy. For this day and age, it's crap but it's not particularly exciting.

Sound: I got nothing.

If I didn't pay attention to the plot, what makes you or I think that I would pay attention to the characters? I- Wait. If it's dull, characters = squat. Guess they have backstory and stuff aside from the archtypes, but none too interesting. I'm pretty indifferent but that dragon getting turned on by Blue Chick is pretty logical, reasonable and just seems right. Points to him.

Overall: If I have to remember any more of this crap, I'll fall into a deep sleep. Just not recommended. Not even so bad it's good, so bad it's dull.

Don't waste your time. If you have anything else to watch, I'd save this one for last. The story was dull and uninteresting, the main plot was very predictable, and the rest random and boring.