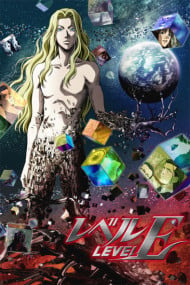 StoryThe best thing about this screwy comedy is that we never know when it is lying. The direction is a massive exercise in sleight of hand, the script a riddle within a puzzle, and guessing what the hell is going on becomes the most compelling reason to keep watching. Level E smells suspiciously like Men in Black, with a backdrop of aliens who immigrate to Earth for various reasons and live among unsuspecting humans. But instead of counting down to an epic intergalactic crisis topped with macho laser battles, it narrowly follows the social chaos that occurs when one self-absorbed and utterly brilliant alien, Ouji of Dogura, throws misadventure and misfortune in everyone’s way. Indeed, this is comedy played any way but straight, and it relies mostly on the Prince being a complete dick while the rest of the cast try not to implode with frustration. With no substantial stories and just a string of misadventures and non-sequiturs, there is really no point to Level E except to give Ouji a platform to fuck around. Veering from parodies of Power Rangers to moral parables on the ethics of poaching before swerving back to dubious character arcs, Level E simply relishes its moment in the viewers’ attention to do whatever the hell it wants. Any uncharacteristic sober lapses, for instance, quickly dissolve in the face of troll jokes. This is a delightfully creative work and one of the most intriguing uses of aliens I’ve seen in recent years (although the manga is from the 1990s when this topic was trendy). But Level E is also a textbook case of fizzling out. Between the stunning introductory episodes, which arguably deliver the biggest laughs, and the final episode, which has the most fulfilling surprises, there lie a few misfires. One oddly sentimental diversion follows a mermaid-alien as she fights nasty poachers with the help of school children, while another has the heroes trying to prevent a nasty alien race of insect-like females marrying a human. These instalments do not, frankly speaking, make the grade, although they act as tolerable padding for a show this short and eclectic.AnimationLevel E doesn’t deserve the animation it gets - with such frenetic, schizophrenic content, I would have assumed a lackadaisical cartoon style to match. But Studio Pierrot has given it a sober, clean appearance and borderline bishounen character designs that seem altogether too pleasant. Admittedly, the budget doesn’t stretch as far as sassy-looking action or intriguing environments, but it looks deceptively sophisticated.SoundThe soundtrack is modest and barely noticeable; apart from complementing scenes or adequately book-ending the content, it makes no significant impact.CharactersIf Level E can be said to be about anything in particular, it would be Ouji. His eccentricities not only dictate much of the comedy but also set the tone for the story. Simply put, things happen in Level E because the Ouji wants them to. It’s always gratifying to observe a narrative so wholly absorbed by one personality (the last example I remember is Light’s performance in Death Note). What makes Ouji a powerfully attractive protagonist is his enigma: all his words are lies nestled in truths or just plain lies, and sometimes he will speak the truth in a manner that looks suspiciously like a lie. The source of amusement (and his co-stars’ frustration) is the act of detangling his speech and behaviour to minimise collateral and psychological damage. In one sense, Level E becomes an extended character study of this individual so utterly removed from our reality not just biologically, but also mentally. Ouji’s only rival for attention is the long-suffering bodyguard, Kraft. Kraft’s eye-reddening, vein-popping, twitching rages as the Prince systematically ruins his life fill in the gaps of relatable emotion where the Prince has no reach. As for the others, don’t get attached to them; none make any significant contributions except to get caught in Ouji’s madness and often exit the story as inexplicably as they enter it. Yukitaka Tsutsui is a particularly curious case as he appears to take the role of half of the comedy duo from the start only to be pushed aside two episodes down the line as the show runs in new directions.OverallLevel E is an example of what happens when you come up with a great character and cater to his every whim. With snappy, on-the-beat comic timing and an eagerness to astonish the audience, Level E declares in a triumphantly addictive howl: ‘Just fuckin’ with ya!’ It is insane and unpredictable in a way that is simultaneously easy to relax with, although that same inconsistency means it guarantees only a smile a minute and maybe a laugh every ten.

Level E is basically a troll comedy around the farces of an alien prince. As long as you dig his obnoxious personality then the comedy factor will work on you. I must say myself that the first arc was highly entertaining since I had no idea what is going on with the setting; it felt very mysterious, scary and humorous at the same time in a way that reminded me of Men In Black. Yet as soon as it was over I was more prepared to see something similar in later arcs and thus the rest did not feel as amazingly funny as the initial episodes. Also, the prince trolls different people each time, none of which are as interesting as those in the first arc, thus you are left to stare at a cast you don’t care about much. It was only in the finale, when the prince again goes back to his first victims that the comedy factor went high again and even offered a cool and unexpected finale.The type of humor the show uses feels very different from other comedies of its era, since it is based on a manga from over a decade ago, when otaku jokes and clichés hadn’t crawled in all shows yet. This helps to get something uncommon from it that sets it apart from the numerous slapsticks and satires of today. The story aspect is weak and mostly underplayed for random actions the prince plays on his victims. Although each arc can work as a separate fully told story, there is little to no continuity amongst characters of different arcs, a thing which makes the whole plot to feel nothing much to care about. The cast is basically separated into the Prince and All The Rest. He alone is very memorable and funny, simply because he is obnoxious and sadistic to his subordinates and victims. All the storylines start and end from his uncontrolled desire to play tricks on people; even those who care about him. All the rest are basically character archetypes who are being constantly trolled by him. Passive and constantly in amok, they are mostly a parody of their respective molds, yet they never become memorable in the long run. The baseball player and the alien researcher’s daughter from the first and last arcs are by far the most interesting ones, followed by the Prince’s unfortunate bodyguards. Character development is close to zero and it is mostly colorization all you should expect from them. The production values are awesome! Comedies are notorious for their cheap animation and overuse of deformity yet Level E offers consistent proportions and detailed colors and backgrounds almost all the time as means to fool you it is all serious. Even the soundtrack is made of pieces more fitting to an action / adventure than a comedy, still part of the same joke. I must say I liked them a lot and didn’t expect such a good overall from a minor studio such as David Production. I guess that is part of the troll jokes. And so is the director Katou Toshiyuki, who has a thing for directing shws with the single letter E in their title. He also did a fine job in Looking for the Full Moon so he is good when he wants to. Being unorthodox and with a highly memorable lead character, Level E is easily becoming entertaining. It still has very few chances of rewatching it, since the troll jokes work only once and there is no overall story or many interesting characters.And now for some excused scorings. ART SECTION: 8/10 Analysis: General Artwork 2/2, Character Figures 1/2, Backgrounds 2/2, Animation 1/2, Visual Effects 2/2 SOUND SECTION: 7/10 Analysis: Voice Acting 2/3, Music Themes 3/4, Sound Effects 2/3 STORY SECTION: 4/10 Analysis: Premise 1/2, Pacing 1/2, Complexity 0/2, Plausibility 1/2, Conclusion 1/2 CHARACTER SECTION: 6/10 Analysis: Presence 2/2, Personality 2/2, Backdrop 1/2, Development 0/2, Catharsis 1/2 VALUE SECTION: 3/10 Analysis: Historical Value 0/3, Rewatchability 0/3, Memorability 3/4 ENJOYMENT SECTION: 3/10 Analysis: Art 1/1, Sound 0/2, Story 0/3, Characters 2/4 VERDICT: 5/10 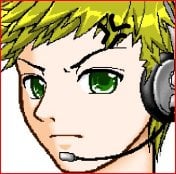 To tell anything about the story of this anime would totally ruin the whole thing, so I'm not gonna do it. There's only one thing to keep in mind watching this: Nothing is as it seems. Somewhere along the 4th episode, the anime became slightly episodic, but the overall story is what kept me watching it and now that I've finished it, I'm glad I didn't drop it. The ending seemed kinda obvious at first, but I was laughing out loud in the end, when all the secrets were revealed. The animation is rather average, there was nothing especially worth mentioning, and I'll leave it at that. I've seen much worse, so I'll rate it 7. The sound was, imo, well chosen, I especially liked the Opening, also through the story the quality never dropped and it fit the mood pretty well. It wasnt mindblowing though, so... The most important aspect of the anime are the characters, (especially the Alien Prince) which made the whole thing so fascinating. The intelligent but insane Prince, and his scheming throughout 13 episodes was more than fascinating. Overall the anime is very enjoyable and if you're interested in action, Comedy and aliens, go check it out. 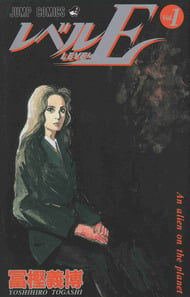