Let's Make a Mug Too - Recommendations 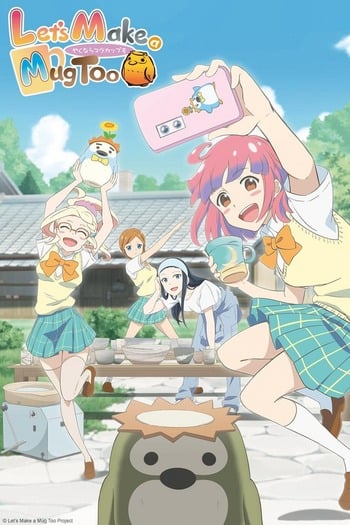 If you're looking for manga similar to Let's Make a Mug Too, you might like these titles.

Everyone at Ouka High loves the annual Princess Contest. Ranked "most beautiful" among the first year students, Naozumi Himeno is hesitant, but decides to take part in the competition... The student chosen as princess will receive a "Principal's Permission Ticket", allowing him to realize his wishes at school, and that's what Naozumi's after. So, to save the Art Club from being shut down, he enters as a candidate in the contest. But, what's this "Princess Game" that's centering on Naozumi...!? And what's with that guy, Kodai Shibayama, who told Naozumi not to enter!?

As a child, Ameya had always considered his cat more a sibling than a pet. As the years went by, their bond grew ever tighter. But the day his feline “brother” died was the day Ameya withdrew from the world. Several years later, Ameya encounters a drenched stray cat in the park. Little does he know what fate has in store for him...

The spring when Minori passed her middle-school entrance exams, her granny called her to her atelier and drew a good-luck charm on Minori's back to protect her. But then, her granny passed away without telling her from what she had to be protected from. She only said that when Minori enters high-school she must never ever enter the art-gallery at night. But now Minori is in the art-club. Will she be able to stay away from the Art Gallery as she promised?

A girl joins the pottery club to find out who made a vase she saw.

Follow the unique and intense activities of the literature club, consisting of the flawless Kodama-san, the president as well as its only member, and Fueda-kun, the promising applicant.