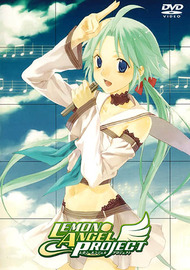 I have a weakness for music animes. This one isn't bad, but the characters are a bit wooden and the story felt forced at the end with a villain only for the sake of having a villain. This isn't one I'd watch again.