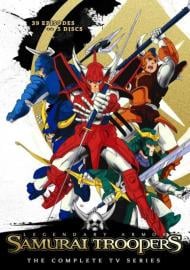 A thousand years ago the evil Arago threatened to conquer all of humanity, but his plan fell short when a mystical holy warrior succeeded in sending him back to the Netherworld. In order to prevent the return of the evil lord the man separated Arago's indestructible armor and scattered the pieces. Now, centuries later, five young friends receive the magical samurai armor and become gifted with special weapons and abilities. The task of stopping Arago and his minions from once again unleashing chaos into the world rests in their hands. Will these young warriors be able to thwart his diabolical plan for revenge, or will they succumb to the evil desires brought out by the armor?

The Assault of Shiten, Warlord of Demons

The Secret of the Wildfire Armor

The Trap of Naaza, Warlord of Venom

Rajura, the Warlord of Illusion’s Trick

Wildfire Rescues Toma of the Heavens

Break Through the Demon Gate

Seiji! The Fierce Battle in the Darkness!

Sum: If screaming loudly and spamming the same moves won't save the day, my undying spirit and friendship sure will! STORY I understand that this series was most definitely targeted towards an audience younger than myself, however the number of unexplained things in this story made the whole experience feel too baseless to be properly enjoyed. The plot is already following the good old cliche of a dark overlord vs. a band of virtuous teenagers in the special power suits. These said suits, the very focus of the show, is where my main issue arises - how the heck did these kids end up with them? ...We do get to learn the legend to the armors themselves later on, but still the main question of why do these certain five boys get this armor is never confronted... With a cast possessing just as much lack of detail, giving them this added backstory would have made the series much more worth the time investment. Otherwise, it is just a few dudes cutting and slashing till the very end with no reason for you to give two beans as to if they live or lose. ANIMATION Just be prepared, like many other power suit series, to watch the same transformation scenes over and over. Some of the attack sequences are also copied and pasted countless times, from episode 1 all the way till 39. Fight scenes do little to entrance your imagination either as they consist of wild backgrounds flashing behind freeze framed characters,  usually screaming out overly descriptive attack names. But, this is the 1980s, and I wouldn't have expected anything less than those triple takes and retina burn color schemes. SOUND Like the animation, the same themes are used throughout the series. None are memorable which is sad to say. But, I did really get a kick out of how purely retro it was. You won't find any sane anime these days playing jazz metal whilst someone dies... CHARACTERS I can handle a cliché storyline, and old animation - even enjoy it - but one thing that really breaks a show for me is a cast that is only purpose deep. What I mean by that is, when you get down to it the only reason the other 4 amored friends exist is for them the get in trouble and have our mc Ryo save them. That, or to act as human battery supplies for his armor. If it were me and 4 others tasked with rescuing the world from imminent Netherworld domination, I would hope to at least know a bit more about my buddies than only surface details and their basic personality traits. Seriously, there is no background at all as to how these fellers met or found their all powerful armors to begin with... no childhood training sequences, family tragedies, generational duties, nothing. So, what are we left with? Just just five names, each fulfilling a different stereotype. Heck, even this side character Kaos who we see only a handful of times had more to him than Ryo himself! Not good, not good... OVERALL It's a real shocker to have even stuck through to the end on this one. I feel kinda bad for bashing it so hard, but the truth be like that sometimes. If you can handle the 80s animation, 80s sound effects, an overused, repetitive, and predictable plot, and characters shallower than puddles in the desert, this show is for you! *cricket chirps* ....There is really only one reason I did watch and finish this show, and that was the fact I simply love old styles like this one has. If that's also the case for you, allow me to suggest something similar: God Mars. Its vibes are the same as this show, but it has a more engaging storyline with characters that at least some substance. It's still not a 10/10 or even 7/10 show mind you, but at least it was memorable and the mc has a backstory lol 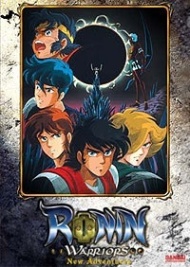 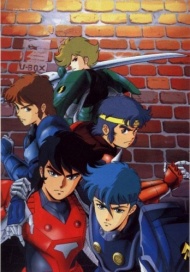 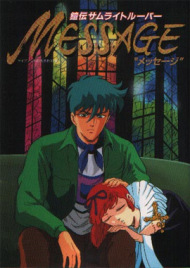 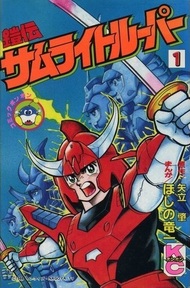 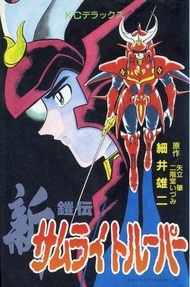