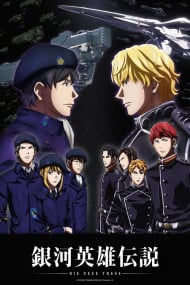 In the Eternal Night

The Battle of Astarte

Birth of the 13th Fleet

The Capture of Iserlohn (Part 1)

The Capture of Iserlohn (Part 2)

The Verge of Death (Part 1)

The Verge of Death (Part 2)

Legend of the Galactic Heroes is a retelling of Yoshiki Tanaka’s beloved science fiction novels of the same name.  While many may remember the anime from the late 80’s-90’s, Die Neue These attempts to set itself apart with modern animation and a new format; the bulk of the story will be released in theatres as a film series.   This season serves as a prologue, and focuses on the ascension and development of two brilliantly opposed protagonists.  By telling both sides of the story,  LotGH provides an in-depth study of the different types of characters and scenarios that have influenced the history of war itself.  It has the feel of a classic war film and the look of a space opera, but at its heart it is a historical epic. Yoshiki Tanaka (also the author of The Legend of Arslan) is an avid history wonk.  He has a wide-ranging knowledge of conflict across the ages, and he focuses on how poor management influences the course of battle and compounds the tragedies of war.  The two protagonists, both genius strategists, take out lesser characters with an ease that can stretch believability; but every battle in the series is inspired by true events, and many of the characters are reimagined generals and conquerors.  Like any war film, a good amount of time is devoted to battle and strategy, which can be a bit of a slog for anyone not interested in great military endeavors.  However, an equal portion of the series is focused on political maneuvers and character development.  This combination leads to a somber look at human affairs with little to no humor or unnecessary feels.  Absolutely no expense was spared in the making of this series, and that includes hiring an all-star cast of well-known seiyuu.  Reinhard, the protagonist most closely resembling Alexander the Great, is voiced by Mamoru Miyano (Light from Death Note and Tamaki from Ouran), while his counterpart Wen-Li is Kenichi Suzumura (Naruto’s Kakashi and Sougo from Gintama).  The rest of the cast is no less impressive, as most of them have extensive credits to their name.  It is not unlike an American mega-project filled with famous cameos and special appearances.  The soundtrack, featuring the composer from Attack on Titan, is generally beautiful and gives the show a solid and well-rounded sound. Perhaps the most spectacular feature of Die Neue These is the art, which uses a blend of classic and computerized animation.  While the mixture may seem jarring at first, the end result is a stunning visual display.  Landscapes that are only viewed for a few seconds contain millions of minor details, and the space battles are dazzling but not overwhelming.  However, what really makes the scenery so enchanting is the lighting, which is almost always used to the maximum effect.  The brilliance in animation carries over to the incredibly large cast of characters, each one with unique facial features and expressions.  Reinhard and Wen-Li are both likeable and easy to route for, and the audience is not forced to agree with all of their decisions or choose one over the other.  Some of the smaller parts can come off as caricatures, if only because so little time is devoted to them, but the main players and extensive ensemble of secondary characters are multi-dimensional and deeply relatable.  On top of that, a number of different ethnicities and body types are represented without prejudice.  The world looks and feels diverse, especially because every face has its own distinctive features.  Unfortunately, as a stand-alone piece, the season’s plot is somewhat lacking.  Though designed as a prologue for the films to come, it concludes on a cliffhanger that is rather unjustifiable for the end of a series.  The ensemble and scenarios that have been put in place promise for some excellent movies, but make this season feel like the first few chapters of an otherwise lengthy book (which it likely is).    You might want to wait for the movie’s release before you dive into Die Neue These, but it is a rewarding experience overall.

This was by far one of the best series I've seen in a while. It hits so close to home. It's basically real life. You see how politicians use war for personal gain, how those in power want more and how those that may be very good at what they do may be good at it because it's either all the know or it's forced upon them because they want a better way of life for those they love. This is truly a magnificent series, but it's not for everybody. Those that expect action 24/7 and those that don't like to think deeply or like deep plots or the long game may not appreciate this series. I don't mean that to insult, I too sometimes just want to see endless action. It just depends on my mood. This series here.... I hope they do more. It was left open ended. So there's more to do and I hope they run with it. There's so much more to tell. After all, they are so young. Yang is 30 and Reinhard is only 21. There is so much sadness in this series, yet so much good st the same time. I found myself cheering for both sides and wanting both of these men to succeed although I was more for Reinhard. The seiyuu cast is also superb. Reinhard is Cinque from Dog days and he also voiced Gilthunder from the seven deadly sins. His second in command voiced goblin slayer, Shiba tatsuya and none other than droles voices actor (like who doesn't know daiske ono? Lol) also Yuki Kaji (Meliodas/hyoudou issei) voice actor. That's a lot huh? See? Lol. The talent is there!! This was a great series. But like I said, it's not for everyone. For me it's 10/10 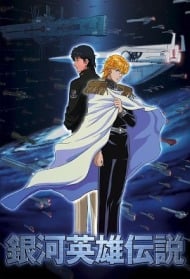 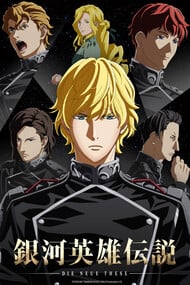 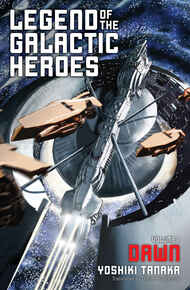 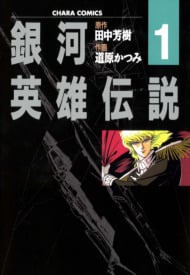 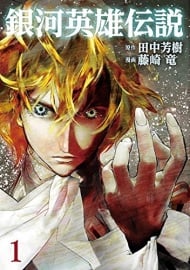