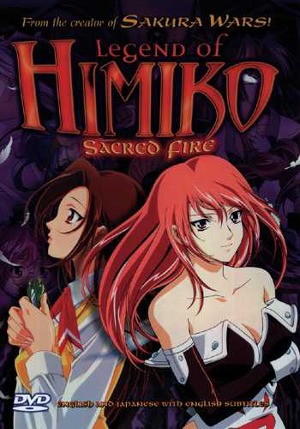 Escaflowne also tells us the story of a girl drawn back in time to another planet. The girl Hitomi also have to help the guy named Van out befor she can return to her world. Himikoden is a bit less emotinal then Escaflowne and more fantasy. But if you haven't watched Escaflowen you better do it. It's one of the greatest animes out there. 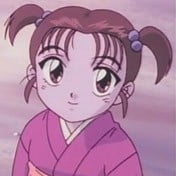 Escaflowne begins the same way as Himiko-Den - a high school girl suddenly appears in another world. As she has special powers, she becomes the key to save this world. But Himiko Den is somehow cheap and parodic. So if you liked it, you should definitely check out Escaflowne which can provide you much more enjoyment.

The Princess and the Moon

A magical white rabbit takes the unhappy Sachiko to the “Land of the Moon” where Sachiko meets her “true self.”