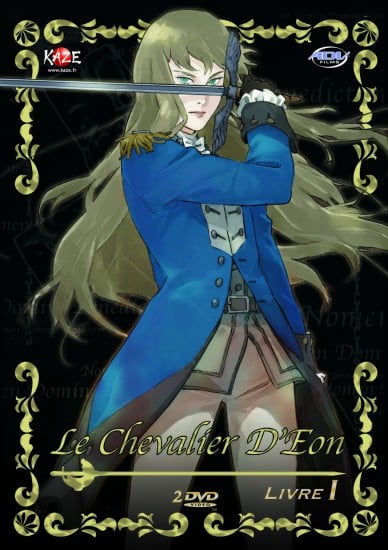 Betrayed by his own sworn brother….what can be more surprising? Being reborn into the body of his little sister!

Mulan is a near duplication of Chevalier with a few notable exceptions: they aren't two souls in one body nor does the changes happen repeatedly.  Otherwise, it's about siblings, betrayal, war, monsters, violence, revenge, swordplay, royalty, inequality, and such, which you can find to varying degrees in both stories.  Note, the drama, intensity, emotions, and major character development is a bit better in Mulan and overall a little better but Chevalier has nice a nice grounded setting aided by real and historical references, locations, and people that give it a richer flavor.  The bond between siblings and the depth of the sister's life is slightly better in Chevalier.  The political intrigue, while apparently in both is a bit deeper, realistic, and more harrowing in Chevalier but both have plenty.

While trying to flee with her family back to England, Miss Emma Lynton is left behind in France during the revolution. Thankfully Simon Avedon comes to her rescue, duty bound to make sure Miss Emma makes it back to her family. On their travels, she finds Simon a rather difficult companion, but she cannot help but be attracted to him. Then one night, while trying to get away from some suspicious men, Miss Emma and Simon must part ways. Miss Emma soon finds herself in the care of her father’s acquaintance, Robert, who may or may not be the one responsible for the wave of fear that is dominating France. As she is being closely watched by Robert’s servants, she can only wait patiently until she is reunited with Simon.

The eve of the French revolution, 1772. The eldest brother of the Sanson family, Charles-Henri, has grown as an executioner and his sister, Marie-Joseph has been living, freely in the Versailles. But one day, Marie-Joseph's first love, a man named Alain was killed by aristocrats...! This historie of innocents plunges into the arc of the crimson revolution, Rouge—!!