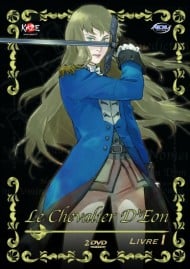 D'Eon is a French nobleman bent on serving his Divine Majesty Louis the XIV to the best of his abilities, following in the footsteps of his beloved sister Lia de Beaumont. However, his straight-forward role with the secret police is interrupted by the sudden death of his sister while on a diplomatic mission in foreign lands. In his desire to find the truth of her murder, he comes before the King and becomes closely entwined in the mysterious organization known as Le Secret du Roi. He quickly finds himself embroiled in a realm of spiritual energy where death is a gate to greater powers and the Psalm of the King brings destruction in its wake. D'Eon must ask himself what is the price of truth and who will pay it, as the French Revolution looms inevitably nearer.

I just finished watching this and now would be the best time to share my thoughts about it. Having read most of the manga before actually viewing it, I have to say the story was not exactly what I expected - in both the adaptation or the pace. This is not to say it was not an enjoyable or even memorable experience. Le Chevalier D'Eon provides entertainment in spades; twists, hidden meanings and agendas at every turn and a rich textured plot that lends itself to multiple viewings. Part of the appeal of D'Eon is how well and thoughtfully the historical setting of pre-Revolution France is recreated. The landscapes and buildings are drawn with rich detail and exquisite texture. The one aspect where the recreation fails is that the landscapes have nothing distinctive about them. Another series with a similar setting called Rose of Versailles managed to capture the allure of French artists such as Claude Monet or Van Gogh in the recreation of those landscapes. The artists/animators of ROV captured that allure and liveliness in their rendering of the beautiful landscapes, and sadly the creators of D'Eon failed in that regard. What the series does possess over Rose Of Versailles though is technological progress. Scenes are animated with great skill and panache. The Psalms that appear on the Poets and the possessed are very well depicted. The character design is beautiful, if again lacks the identity of shows like Revolutionary Girl Utena or Gankutsuou (both series that bear resemblance to D'Eon in the setting and character development). The aspect where D'Eon as a whole excels is in the storyline department. Much like ROV before it, D'Eon is narrated - which not only gives a classic storytelling quality to the show, but also a historically relevent one. Sure, the adaptation is fictitious but it is blended so well with the setting that it does not ring false enough to be of particular annoyance to purists. The storyline is so convoluted it might take one quite a few viewings to fully grasp every aspect and every motive why everything takes place. This is to me, a quality in a series - one that requires mutiple viewings is the more enjoyable for them and also one with tremendous value. The only clunk in that department is that the pace was a little flat in the middle of the series, this does not take away from the richness of the content however. Without the great cast though, the story would fall flat - and the creators hit gold again with a rich, multi layered and diverse cast. The main cast of D'eon, Lia, Maximillien, Robin, Durand and Teillagory are well fleshed out and ring true to their convictions and historical settings. Some supporting characters might have benefited from some more attention but given the 24 episode format, they are adequately moulded. The cast also does a great job voicing the characters and the soundtrack further highlight the characters' emotions and turmoils. With the soundtrack, the songs are strong and diverse enough to please and be relevent to the locations where the characters find themselves - however they lack the identity to truly shine. Overall watching D'Eon was a very pleasurable experience, if at times a little heavy to take in with the amount of information thrown at you in any given episode. The inconsistency is the pace towards the middle takes away from making this a classic in the league of Gankutsuou, Utena or Rose of Versailles - it is however an excellent, enjoyable series with lots to offer.

I loved this show. If you like french history or Zombies you should watch this. Not bad Animation and the story is well writen. 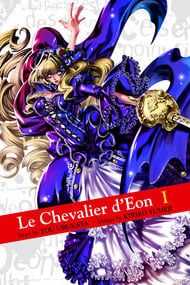