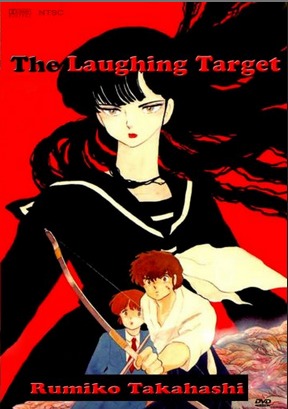 As a general rule of thumb a good horror story needs a good monster. The monster may be real, fictional, abstract, a ghost or w/e but they’re usually what drive the plot along and they need to be compelling. You don’t usually recall Fred, the dude who died while peeing in a bush, but rather the goat demon that ate him.

And this is where Laughing Target unfortunately falls short. The story doesn’t know if it wants Azusa to be a tragic girl with a terrible past or a dangerous psycho bitch demon. It keeps flipping between the two throughout the whole runtime and it makes the story end leaving the viewer wondering if what even happened was good, bad or… just whatever.

The atmosphere is perfect in almost every scary scene and the dialogue script between the main characters is well above your average anime but everything falls just flat when you’re hardly given any reason to care or explanations as to why the scary shit is happening. You know just enough to not make it mysterious, but not enough to make it make much sense.

The visuals are just mediocre and the only worthwhile thing to say about the OST is the random samba song that plays as the credits roll. Watch it if you want, but it’s nothing special.