Land of the Lustrous PV - Recommendations 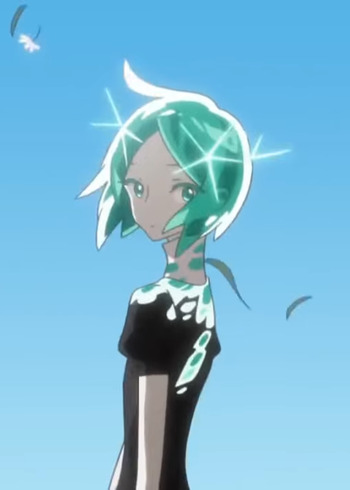 If you're looking for anime similar to Land of the Lustrous PV, you might like these titles.

Gai was born beside a woman who met her death in a forest. He was adopted by the swordsmith Amon. A few years later, Gai becomes Amon's apprentice, and during the forging of a sword, he loses his right arm. To help him, Amon crushes the demon sword Shiryū (lit. Death Dragon) to form it into Gai's replacement right arm. Gai then is able to fuse with the weapon on his arm, and fights against his enemies.

The original dark fantasy story revolves around Rui, the youngest ever "magical judge" who weighs the fate of demons.

A young girl is taken on a fantastical adventure with the help of a small stuffed bear she finds at a local shop.

The story takes place in a city turned upside-down after a girl named Mea discovers a stuffed animal with a strange power.