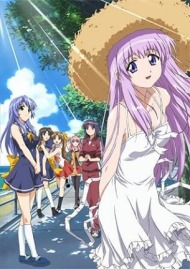 I am pleased to present you with a review of a refreshingly unique romance anime when compared with the rest of the genre. While a lot of anime don't bother to get their characters very far in terms of developing relationships, Lamune actually showcases the development of a relationship. Despite looking like it might turn into just another harem anime due to the fact that it's based off a dating sim and has an overabundance of female characters, Lamune instead focuses on the romance between the main characters. Story 7/10 Lamune is a story about the growth of a childhood friendship into a budding romance. It has a rather simple premise but it features a rather heartwarming story. Kenji and Nanami have been next door neighbors since they were children and have developed a good friendship over the years. They live in a small town near the beach and the show has a small town feel to it throughout the anime. During the summer of one of their highschool years their friendship starts to develope into more of a serious romance through close experiences they have with each other. The anime also features several side stories about other characters that are involved with the two. While it somewhat detracts from the main romance the side stories add more of a slice of life feel to this anime and the side stories are also interesting as well. Basically each of the side stories is there to introduce and develop the rest of the characters in the show, who are mostly girls. There are also several flashbacks throughout the series about the experiences the characters went through in childhood that adds a nostalgic feel to the anime and helped to connect the viewer to the characters. Animation 6/10 The animation is done in a rather simple generic way. This doesn't detract anything from the anime as the animation isn't meant to be anything out of the ordinary. The girls are all made to look cute and the expressions made by the characters makes them endearing to the viewer. There are also a lot of rather pretty scenes of the ocean that are not exactly spectacular but do add to the summer romance feel of the anime. Sound 4.5/10 The sound does nothing to make the anime stand out in any way. There are just a few simple background tunes that somewhat set the mood for what is going on in the anime. There isn't an actual opening or closing song for this anime. The voice actors do a good job though Nanami's voice does get somewhat whiny at times. Characters 6.5/10 The male protagonist Kenji is a refreshing change from the average lame male protagonist that have no redeeming qualities. He may be somewhat lacking in being considerate when it comes to general things, but he goes out of his way for someone he cares about when its something important. Nanami is an interesting female lead that does her best to look out for Kenji and ends up getting teased a lot for it. Despite that she isn't like the generic female leads that chase after the guy for no apparent reason. Their relationship with each other grows due to the connection they have after going through several experiences. There's not too much that's special about the rest of the characters in the series. They do at least spice things up and make it more interesting rather than detract from the show though. There are some good back stories to these characters throughout the anime as well. Overall 6.5/10 I gave this anime a somewhat low score to try to stay objective, but honestly this is one of the better romance/ slice of life anime out there that you could watch. Featuring a decent cast of characters that also features a story that at times can also be heart-rending, this anime does a better job of showing a developing romance than most other anime out there. If you are a fan of heartwarming romance stories then I would recommend this anime. If you don't enjoy watching a romance blossom without having something more surrounding the plot then don't bother. 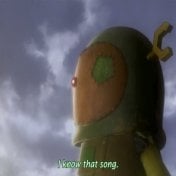 Well to When I first Started watching this anime it seemed a bit more weird and it just kinda seemed that it was gonna be a Major Fail, But as you Git Farther into the anime it seem to show a couple actuly prety uniqe Factors. If your a fan of Romance and you got the free time i would diffintly say that you should diffently try this anime out i loved it and there where alot of parts that i thought were quit cool.But to be Honist there are parts of this anime that I thought were realy not even worth puting into the anime.But this is My Personly Rating so if you wont to figure out if it was right go watch it yourself :P 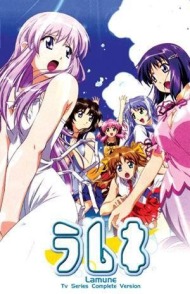