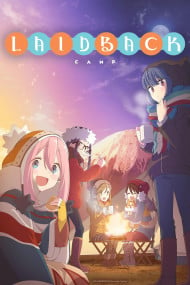 Had someone told me that my top show of the Winter season would be a Cute girl's show, I would've told him that he's ridiculous, but here we are, Who would've thought that a show about cute girls doing absolutely nothing in the woods would be so great. In a season filled with mostly generic Cute Girls Doing Cute Things shows, comes a show that managed to prove that if you throw a hundred one of them at the wall, something is bound to stick and that even with the most generic cast and boring premise, you can create something NOT boring, something really great. so just set back, relax, and gaze upon the gloriousness of the nothing ever happens.  From a studio that made absolutely nothing of significance, comes the comfiest show in the whole freakin' season, a show that's well-produced to make for a great ride, featuring long segments of girls riding bikes as they traverse long distances through the beautiful wilderness, with some of the greatest scenery I've seen in a while, other long shots of them setting up their tents, step by step, and then showing them collecting wood for a campfire before starting it, and others showing them cooking their meals while a narrator explains all the steps, in what feels like a camping instructional video, before just sitting down and start eating or reading. What makes the this show special is how it's focused on its themes of camping, as well as the girls' outdoor activity, rather than being an afterthought like other CGDCT shows which seem to focus on making the girls look cute, the show creates a great atmosphere which makes the experience very immersive, and a very soothing watch. the characters themselves are generic, but the great chemistry between them, as well as their activities which experience through them, makes them likable. The artwork is brilliantly done to showcase the beauty of nature with some eye-catching backgrounds, most of which are based on real-life locations, accompany that with some relaxing and great music, and some simple and funny gags, the show manages to be a warm and cozy experience. It's a peaceful Slice of Life show, and a great healing experience, though unless you're really into Slice of Life shows, you might find this show downright unwatchable, since the show is much more uneventful than a normal Slice of Life show, otherwise, it's one of the best to come to date, and is easily one of my favorite shows this year.

Familiarity and stereotypes are neutral. When people bring up familiarity and stereotyping, they often use those terms to negatively judge something. Creativity is praised and overly familiar anime franchises are called out for their presence. What most people don’t talk about is how familiarity and stereotypes have purposes. Most stories are familiar because people like certain types of stories and anime producers know that these stories appeal to most people. Stereotypes exist because we have common characters within stories and these characters fit roles in these stories. Familiarity and stereotypes are neutral and how they are used determines how well done an anime can be.             Laid-Back Camp (Yuru) is the story of high school girls who become friends over their love of camping. Rin, a quiet and reserved solo camper, becomes friends with Nadeshiko, a ditzy and overly hungry girl, and both become friends through camping. Add in the Outdoor Activities Club from their high school and that is the main cast. This is a cute girls doing cute things (CGDCT), a slice of life, and Iyashekei (‘healing anime’, with minimal conflict and intended to help the viewer relax) anime, and common ideas are used. The focus is on relationships, with the girls planning and going on different camping trips. Much food is eaten, scenery is observed and calming music is played.             What distinguishes Yuru from most slice of life anime is that enough details are given to the characters so that they have the feeling of character while keeping their simplicity, the chemistry between the cast is convincing, the camping is tied into the story and plots well, and the calm pacing is relaxing instead of grating. A common story is given a gorgeous presentation, with the animation and designs giving Yuru a personality of its own. The music is memorable and fits well, giving the scenes little spurts of excitement and release. The plots are enjoyable and give the characters plenty of room for comedy and touching moments. Yuru sets its goals and never loses sight of those goals.             Yuru Camp is the rare slice of life that I looked forward to, as one meets with a cheerful and relaxed friend. There is never too much time spent, and the time together is fun. For cynical anime otaku, Yuru Camp may be the right antidote to weekly stress. For everyone else, this is a display of how to take common ideas and make the most impact of them.

The CGDCT Show to rule them all. Yurucamp, AKA Laid-Back Camp is my personal Anime of the Season for Winter 2018, and for good reason. When starting this season I was mostly excited for all of the pure trash airing. Lord knows I love ranting about schlock and dull hogwash, but more than that I always love it when an anime really takes my expectations and turns them around, totally surprising me. The surprising thing about Yurucamp isn't some big plot twist. It isn't a major theme that hasn't been explored before, it didn't try anything that a typical anime fan or even a fan of TV or Movies would find incredible or weird. This anime came up with a simple concept and executed it to the fullest it could have possibly been fulfilled. The surprising thing is how well it sticks to its concept and rounds it out so damn well without going off course or becoming stale. It's just straight up good. Yurucamp is about cute girls camping. Now I know what you'd think from that synopsis, this is a stupid Cute Girls Do Cute Things show with no effort put into it, made to pander to "basement neckbeards" and "lolicons" right? Absolutely not. For the first time in what seems like a long while, this show seems like it's interested in only one thing, showing the audience people's joy for camping. That's all it needed to do, and that's exactly what it did. From episode ONE, no, from the first second of episode one there's camping. No BS, no "oh man we should go camping nanodesu ne" shit, just straight up, hardcore, head-to-the-sleeping-bag tents-out campfire-cooking bundled-up outdoors-stargazing comfy-as-fuck camping with friends. Later on they go through the true-to-life process of learning how to set up their tent (which is narrated in detail) camp cooking and cookware (also narrated in exquisite detail) and they explore pretty much every other part of camping you can think of. Exploring tent options, sleeping bags and mats, clubs, getting more friends to camp with, and locations. Speaking of locations, I'll be talking about those now. Passionately. Growing up in a similar climate to what is explored often in this show, being at outdoor late parties and going lake fishing early mornings gave me plenty of nostalgia fuel for this show to cash in on. Those wooden party gazebos surrounded by dewy autumn grass, the sublte beauty accompanied by perfect celtic and country-ish music when appropriate, gives the show a perfect atmosphere so much that you just want to jump into the screen and hang out with everybody. It's some hardcore immersion shit. The animation itself is extremely quality, surprising for an anime like this, but it's the backgrounds and scenery porn that sells it. This shit happens during the most happy frickin celtic flute music you've ever heard in your life. I almost cried. I'm giving the music a 10/10 score because of the perfect atmosphere and the FANTASTIC OP SONG THAT SOUNDS LIKE A JACKSON 5 SONG, but there are a few other aspects of this anime that you can't specifically rate on these reviews, and because they aren't always made correctly at all: The atmosphere is a 10/10. Hardly ever do I feel like I'm right there with the characters than I do in this show. The other thing i'm giving a 10/10 to is the show's personality and identity. The characters and humor work together to give it a unique feel that most anime don't have as solidly. "Ah, yes. The elusive Top Hat Double Ham Bear. The greatest threat to any outdoors-man." -randomredneck The story has ok progression but it's not important. The locations they choose and the camping stuff explored relates directly to the characters' relationships. Nadeshiko is the center of it all, an adorable girl who just loves camping. Most protagonists have dreams about being the world's greatest something, but she only dreams of having fun camping, and the audience does it with her. She learns a lot and gains a lot of friends to camp with along the way, such as Rin, an introverted, lonely camping enthusiest who mostly camped alone. Chiaki is a quirky character who also joins them with Aoi, and the two add a lot to the more outward comic relief of this comfy show. There's also Minami, who's a total meme, her character trait is getting drunk AF. It's perfect and I don't think the characters could have been better, making this simple show even more well-rounded. I won't rate the story low just because there isn't a lot of story progression, there's just enough for this show.  Overall it's a great, comfy, perfect watching experience with some hardcore camping and adorable girls. I reccomend boiling some hot chocolate, getting the most comfortable chair and blanket you can find, and just marathoning this on a big screen for a weekend. 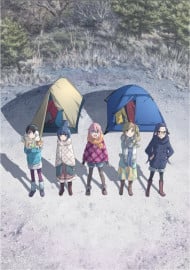 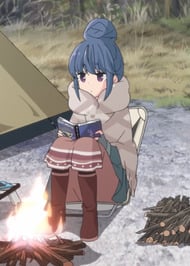 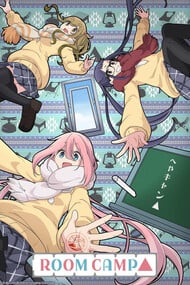 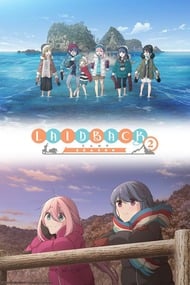 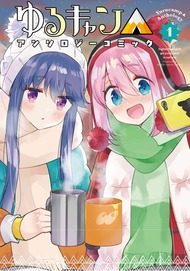