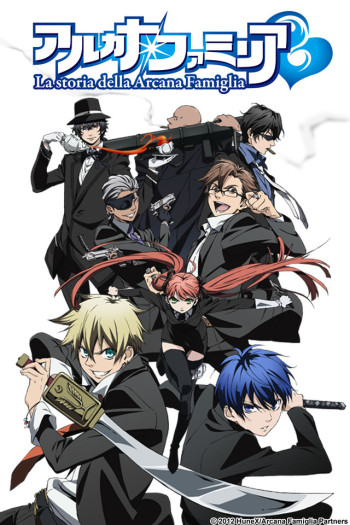 While the Wandering Dogs suffer a break up at the reveal of Zel's true identity, District 23 is on the cusp of falling under the Golden Dragons' thumb. Primavera refuses to give in, staunchly standing off against the Chinese, but they need all the help they can get. Will Oliver, Nina, and Charles be able to pull together and help save Zel and Primavera, or will it be the end of District 23 as they know it?

After suffering unprecedented disasters in World War II, Japan accepts the American and Allied Forces' terms of unconditional surrender. Now the citizens of a ruined nation, the people of Japan come together amid an influx of influences and immigrants and - cunningly, carefully - survive... This is the unrecognizable Japan to which the sharpshooting, sweet-talking womanizer Leo Shishigami returns three years after the war. Against this backdrop, in the spring of 1947, everything is set into motion when Leo meets Rose Haibara, the Madam of Club Primavera...

"I have no interest in a hollow word like eternity. So even if this is to end someday... I'd rather live in the moment." A romance between the Hatter and Alice. He's a man who tends to find most things troublesome, always looking so weary of the world. His jealous streak is almost as strong as his selfishness.The chaotic romance with this mafia boss with his great dislike for boredom is full of twists and turns, an utter mayhem.Fraught with dangers yet laced with tender sweetness, their love story unfolds in the land of mysteries.

Compiled by QuinRose, the minds behind the bestselling Alice in the Country of franchise, this Alice in the Country of Diamonds Official Visual Fan Book immerses readers in the world of the original romantic fantasy adventure PSP video game! Follow Alice and company through this lush volume packed with illustrations, manga, character profiles, creator interviews, and even a detailed guide to every route Alice can take in the Country of Diamonds! What's more, the volume contains a never-before-published manga double feature focusing on Sidney Black and Tweedledee & Tweedledum, making it a must-have for every fan of the franchise!