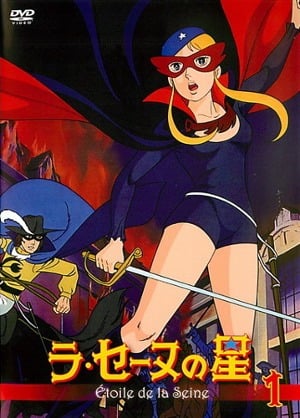 Takeru is a Japanese boy and swordsman who has traveled to China with hopes of making it all the way to Rome in order to meet a famed Roman swordsman. He begins his journey on the famed Silk Road, which by coincidence the Roman is also traveling – from the other direction.

Komasuke is a young boy being raised by a thief in the 19th century who stole him from his rightful parents, and he’s trying his best to reform the woman who is raising him. But he is also the son of a time traveler from the 22nd Century, who has left for him a legacy until they can be reunited.

The “Kojiki”, which was written about 1300 years ago, is Japan's oldest history chronicle. Written to legitimize the idea of the Emperor's divine descent it contains Japanese myths and historical legends. The first volume tells the stories from the creation of heaven and earth to the birth of the legendary founding Emperor of Japan, Jinmu, as well as the legend of Yamato Takeru No Mikoto.

Yakuza Moon: The True Story of a Gangster's Daughter

Born into the family of a wealthy yakuza boss, Shoko Tendo lived her early years in luxury. But labeled "the yakuza kid," she was the victim both of bullying and discrimination from teachers and classmates at school, and of her father’s drunken rages at home. Then, the family fell into debt, and Tendo fell in with the wrong crowd. By the age of fifteen she was a gang member; by the age of eighteen, a drug addict; and in her twenties, a willing participant in a series of abusive and violent relationships with men. Tendo sank lower and lower. After the death of her parents and her own suicide attempt, she began a tortuous, soul-searching reevaluation of the road she had taken. An unconventional act of empowerment (getting tattooed from the base of her neck to the tips of her toes) finally helped her take control of her life, leading to redemption and happiness.