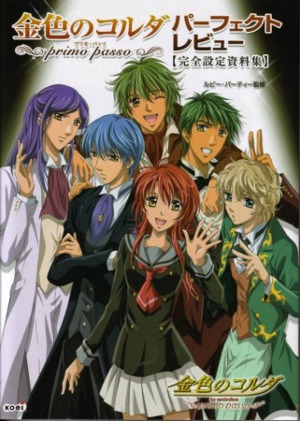 If you're looking for anime similar to La Corda D'Oro ~Primo Passo~ A Summer Encore, you might like these titles.

A story about Hoshitani and friends on Halloween featuring a music video for the song "Storytellers."

Yuuta Hoshitani, who enrolled in the prestigious Ayanagi Academy for music entertainment, passed the first-year test to become a musical department student in his second year. However, the new school year immediately presents new trials for the returning students. The first task on the second-year curriculum is supporting the graduation stage performance of Outori and the other graduating Kao Council members. There are five roles known as "second-year training roles" in the legendary musical Shadow & Lights. Every year, a team of only five second-year students get to step on stage as performers in the musical. To earn a ticket to glory, Hoshitani and 24 other new musical department students take on the training auditions.