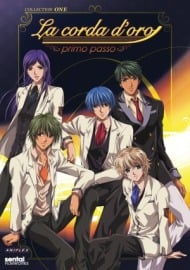 Hino Kahoko is a sophomore at a high school which caters to both general students, and the musically elite. On the first day of class, Hino meets a fairy named Lili and is entrusted with a magical violin; this violin has the ability to express the music in someone’s heart, even if they do not possess the talent for playing the instrument. With the violin in her care, Hino must now compete in a musical competition, but the guilt of not having true musical talent consumes her. Lili’s dream is to bring happiness to people with music, but Hino isn’t sure she has what it takes to be the one to do it. Can Hino perservere, or will she abandon Lili’s dream?

I had started this anime a while back but never finished it because every time I played a certain episode it was freeze, so I stopped trying and moved on. But then I thought about it and decided I'd try again. I started over, not really remembering which episode I was on. And this is only the second day that I've watching and I'm already done with. Anyway I have been ingulfed with the music and the story line. (I kinda have this thing about fearies :D). But I have to say that I will never be able to watch this anime in english because the original is just too good! Around about half way through I was starting to have my doubts about this being a good anime... I annoyed and frustrated but I was also addicted. I couldn't stop watching. I was completely star struck. I also have to ask myself how the manga is, but when theres music envolved in a manga I just can't seem to get into it. I have to hear the notes! I know there is probably alot that you miss when you just watch the anime but I can't help it. I love music. I wish I could play the violin. And anothing thing, this anime is different from the anime I normally watch. But that can be a good thing. I enjoyed it, alot! I'm going on and on about it and I haven't yet told you what I love about it (a side from the music part). I loved the fairy tale aspect. There were alot of truths to this anime, like believing in yourself, going back to the basics, opening up. Story line: This girl who knows nothing about music has an encounter with a fairy who loves music. He gives her a magic violin. She's entered into this sort of musical contest and at first she does great. She starts to create friendships with the other conteastents and they start to open up just a little. But then she starts to feel guilty becuase she never really learned how to play the violin. And that's she begins to feel very bad and everyone who looked up to her, start to do the same. When everything feels like it couldn't get any worst, her cords break and the fairy can't seem to fix them. She tells everyone that she quit. But after they all express to her that they want to hear her music again she really starts to realize that she had fallen in love with the violin. She becomes welling to start at the beginning and take things slow, she learns how the fix her cords. And with everyone around her guilding and her love for music she stands on the stage again and plays the first peice she ever learned on the violin. This time she's not alone. Beautiful story, I'm pretty sure that these words don't come anywhere close to describing it for you. But if you even made it to this line then please watch the anime for yourself. It truely is a wonderful story! Thank you for reading.

Story:  I’ve been playing the piano for over 9 years. I have a deep love for a lot of music and great appreciation for classical music. So when I heard of La Corda D’Oro, I was very excited. Two of my favorite things (shoujo and music) put into one. I thought that if at least the shoujo part turned sour, I had the music to look forward. I was disappointed in both aspects. The plot doesn’t connect or doesn’t fully flesh out. The relationships are shallow with little reason behind them. Hihara, Len, and Tsuchiura all seem to like Kahoko for some unknown reason and that’s only one of the inconsistencies. I noticed a lot of inconsitencies because the plot was just boring and not good to say the least. I had to force myself to finish this. It definitely lacks development in the shoujo section because all these guys like her but don’t do much about it leaving it incredibly open ended. The most they do is make her blush but just any guy looking at her makes her do that. The music aspect was just as bad. They didn’t do justice to the music and that really disappointed me. My favorite part of this show was the little section where Lili tells you trivia. Also, the fact that people could hear the sounds of instruments from a mile away in the store or in a soundproof room was just beyond me even though they can’t hear footsteps coming really got to me. I probably wouldn’t notice all of these if there was enough in this anime to enjoy but there isn’t. Animation: The animation was nice for the most part. The character’s skins were glossy and very pretty. However, the hair colors were just gaudy and garish. I also didn’t like the costume design for a lot of the characters. The colors were vibrant and bold and so were the backgrounds. However, when the characters played their instruments, it looked off. Sound: Surprisingly, La Corda D’Oro had a very generic soundtrack even though music is fundamental aspect of the show. I did like the classical pieces that they chose and I even looked them up afterwards. However, some of the music played during scenes wasn't chosen well. Either they were too much or just forgettable. The seiyuus did a good job for the most part. I was not fond of hearing Kahoko’s “ehs” but that was probably because I didn’t like her. The rest of the voices were fitting. Characters: The females are just downright annoying. The journalist seems to pester everyone and her presence just doesn’t seem necessary or helpful. Fuyuumi is just pathetic. I may not have a lot of confidence playing in front of people but to hide behind someone when people are complimenting you is just pathetic. She is an incredibly weak character who doesn’t get much stronger throughout the show and let’s not forget about Kahoko. She makes little logical sense in her decisions, is shallow, pathetic, not intelligent and selfish to name a few. I don’t see why so many males in that show are attracted to her. They never really give a reason. The males are showstoppers is this anime but are undermined by the fact that they care so much about her. I don’t understand Tsuchiura’s reason for stopping the piano in front of people but this plight with soccer was understandable. Hihara added a lot of humor but he, like the other three, really liked Kahoko for some unknown reason. Yunoki and Lili happen to be my favorite. It’s as if Yunoki can read my mind and says exactly what I’m thinking. I don’t understand why he isn’t liked when he’s the most honest out of the group of guys. Lili is just an adorable fairy. One of my least favorite casts up to date. Overall: Not enjoyable for either shoujo lovers or music lovers. There are much better options than this one, even if you wanted to just watch some fluff or some bishounens. It’s not a complete waste though. I did learn a lot of classical music trivia and some really nice classical pieces. Not a complete fail but far from good. 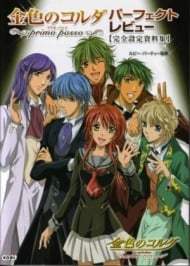 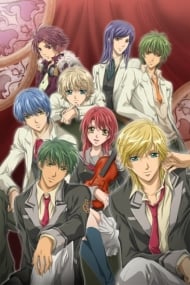 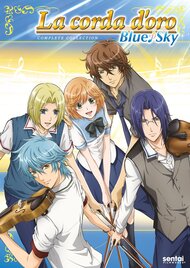 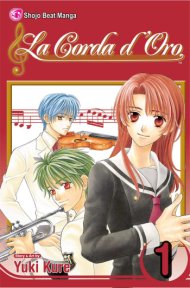 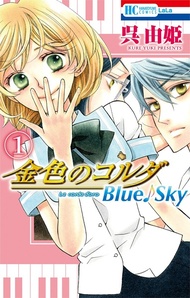 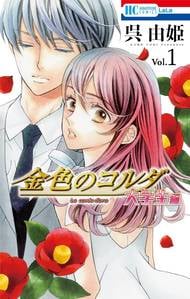