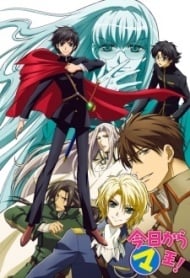 Return of the Demon King

Night of the Banquet

The Hero and the Three Swords

Going into the final season from the hodge-podge way the first 78 episodes were done (seasons 1 and 2), I didn't know what to expect.  What I saw, however, was heads and shoulders above the first two seasons. There were still a couple things that made me dock a point from the Overall score, but otherwise, everything was enjoyable to watch. Plot Having surpassed the Shinou, Yuri can travel back and forth between worlds freely.  There are still unknowns surrounding the human lands of Big Shamaron, but peace seems to have come. At least, until a group established 2,000 years ago suddenly appears and starts stealing magical/special swords.  During this, the new king of Big Shamaron hasn't given up on continuing to start fights between Shin Makoku and Big Shamaron, and the king of Small Shimaron might have more up his sleeve than originally thought. All in all, the plot was rather enjoyable.  It was heads and shoulders above the plot of the first two seasons, and included an array of new and old characters who made the story interesting to follow.  There are alliances, betrayals, manipulations, and even thousand-year-old secrets to come to light.  The story/plot is a lot less predictable than it was in the first two seasons, though it's still possible to at least come up with theories as to why certain people are doing what. There's still comedy and filler episodes, but it becomes an excellent mix of comedy and fantasy-drama.  The story of this season has a lot going for it. Characters Obviously, we see many of the same characters as the past seasons:  Yuri, Conrart, Gwendal, Gunter, Jozark, Aldebert, Murata/Daikenja, Wolfram... Many of them remained the same, though Yuri goes through quite a lot of character development and growth through this season.  Wolfram, while he still retains some of his hot-headedness (and often has to be reigned in by Conrart), is probably the character who grew the most besides Yuri.  He isn't as obnoxious in this season, and actually contributes quite a few times. Many of the original cast have "grown up" emotionally, either during the season or from the beginning due to the events of the second season.  Ken Murata no longer has to play "devil's advocate", nor do the characters hide as many things from Yuri and each other as they used to. We're also introduced to the Ten Nobles (nine, technically, as one of them never shows up), who make decisions in the absence of the Maoh, and also discuss important happenings with the Maoh.  Gunter and Gwendal are part of the Ten Nobles, and also in that group is Anissina's brother, Wolfram's uncle, and of course Stoffel.  Many of them seem stiff at first, and even though they all don't appear very often, they, too, aren't exempt from the character growth. There are a couple new characters this season, including the two new king of Small Shamaron and Big Shamaron, as well as the leader of the ancient group, the "White Ravens". This season doesn't overlook characters like the last two seasons did on occasion (like with Rick), and everyone seems to have enough focus and growth to make their actions believable. Though, the exact motives of one of the new characters is quite an interesting mystery. Overall If you've seen the first two seasons (episodes 1-78), you should definitely see this final season. If you haven't seen the first seasons...well, you might be less confused if you read spoilers on Wiki, but in that case, there's also a chance of having this season spoiled. I'd recommend this to anyone, though I unfortunately can't say the same for the first two seasons.  This season pulled its act together, and didn't include random comedy relief clips in the middle of dramatic situations and-or fights.  The story/plot and character growth also wasn't as scattered, and it has more of a cohesive feel to it as the episodes blend into each other rather than the hodge-podge feel the episodes had in the first two seasons. That doesn't mean they got everything right, however.  I suggest either being able to pull away from the anime no matter what cliffhanger appears, or be prepared for a marathon starting at around episode 17 (though it might be possible to take a break between episodes 21-22, and episodes 28-29). Even the episodes where the viewer can get a "break" have high tension feelings at the end of them, so it isn't easy to pull away.  It's not a horrible cliffhanger to leave off on, but it still compels the viewer to watch the next episode to look for an actual resolution. I wasn't prepared for the episodes blending like they did; typically, in anime, I'll occasionally see 2-3 episodes which might continue into the other, and 2-4 episodes by the end of the series (the "final fights"). However, 17 consecutive episodes leaving off in cliffhangers or high tension was enough for me to dock points off the overall score.  The viewers only completely get a reprieve from the story and tension between episodes 34 and 35. Aside from that (and a flashback which should have been done sooner), the series really pulled itself together from the sloppy presentation of the first two seasons, and even displayed more character growth and an interesting plot. 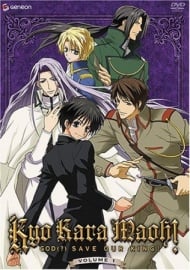 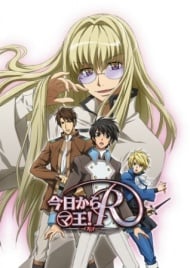 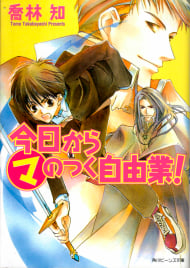 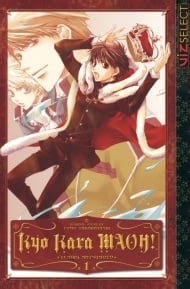