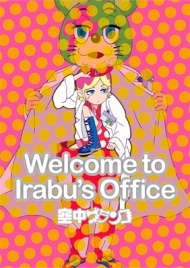 Animated by Toei, who are known for the quality work they do in children’s shows. This is actually quite unorthodox for their style, since it aims at an adult audience. Directed by Nakamura Kenji who makes nothing bizarre shows full of interesting themes and presentation (Mononoke, C, Tsuritama). The show was also scheduled to air on the NoitanimA timeslot, which was a sign for great aesthetics and (usually) great emotional rail coasters. The expectations for this show were quite high and I guess they managed to make something unorthodox out of it. There are still many details I didn’t like in it and they are mostly of aesthetic nature. This show is definitely a hard watch, as it deals with a rather hard topic to tolerate: Mentally unstable patients who go to a shrink. Oh sure, having crazy characters in anime is fun, but these particular dudes are not having fun at all. They need help! Because they are crazy! So basically you need to tolerate a series where everybody has a very bad opinion about themselves and turn to a coocoo doctor to give them advises. This is not something most viewers would gladly sit down to watch. Before I move on, I must mention a western comedy movie, starring Robert De Niro. http://www.imdb.com/title/tt0122933/ The premise of Analyze This is quite similar; a mafia boss has psychological problems and his familia rush to fetch him a psychiatrist to help him deal with his issues before his rivals off him for the seat. It was an ok film, making fun of stereotypes in a light way. Kuuchu Buranko though is not that easy to watch. In fact, it is very hard as the problems all the patients have are of deviant nature that makes them look pitiful and repulsive. You can of course like them for the problematic people they are (perfect people are extremely boring in fiction) but still they don’t escape the fact they are one-episode characters (aside from the doctor and his aids that is). That means, all the time you are given to get attached to them is approximately 20 minutes, thus once again it is very hard to get to understand and sympathize with their problems. And even if you do, you won’t be seeing them again so WHAT’S THE POINT? As for the doctor and his aids, a super sexy nurse and a weird narrator who pops up to explain disorders, you get ZERO exposition around their lives. They end up being static overseers so not even them manage to win you, apart from their quirky antiques. Being episodic in plot, means that there barely is any story to go around. Each case is a stand-alone, and despite some tiny bits of each one affecting later characters, or each case being considered closed by the end of the episode, it is still a show where nothing interweaving and long-termed ever happens. Which was also the reason I wasn’t thrilled with the otherwise interesting premise. Psychological problems are topics that can last more episodes than a perpetual on-going shounen because of their perplexity and slow recovery, and instead I get 20 minutes? How can I possibly find the time to like it? Especially when some jokes are recurring and each case is handled with an almost identical storyboard. It is so easy to get bored.What are definitely not boring though are the production values. Animation and artwork are extremely artistic and bizarre, and make the series to be standing out from any other anime ever made. That is not an easy thing to accomplish. Just like the patients, everything else in the show is also made to look weird. REALLY WEIRD. The characters transform to animals that is a depiction of their mentality, while live action scenes blend in with the 2D animation to make everything look trippy. The weirdest of them all is the doctor himself, who depending on the situation has no more than three different appearances. All that contribute into making you feel the madness each character has in his head, a thing which I liked a lot. Something similar can be said about the soundtrack and the voice acting, which are again very uplifting and quirky, fitting with the rest of the show perfectly. http://www.youtube.com/watch?v=F1SX0arT5tQ&feature=related Unfortunately, the show tends to bet too much on just its looks and sounds to win the audience, a thing which as I said earlier is a very hard thing to work for most. Most people tend to care about the characters being sympathetic and as much as this show tries, being episodic kinda ruins it. This is what makes the much older FLCL to feel superior; equally crazy visuals and weird psychological stuff all over the place but the main characters were the same all the way and by the end of the show you really felt a connection to them (good or bad) exactly because they didn’t switch every 20 minutes. There is of course another audience who will definitely like it a lot. That would be the ones who love a show as long as they like its premise and presentation, and completely disregarding other elements, such as character presence, smooth pacing, or even directing. To the far more emotionally sensitive people, this will be a rail coaster of laughs, gasps, and nods; so sure it can work if it is shown to the proper audience. And since this is a NoitanimA title, it automatically means it has older teens and above women as its prime target audience. Since all us males know very well what a tsunami of emotions a woman’s psyche is, I am sure Trapeze is pressing all the proper buttons to be likable to them. As for me? Well, I am a cynical male bastard.… and I have already watched Analyze This and FLCL.

This title first off will probably not be for everyone. The art style may turn off some people, it's a mixture of animation and live action. Being episodic there is little continuity and lack of character development. It's about mental disorders which some people will probably not get. The first episode was one of my least favorites so it didn't leave me with a great initial impression. But the second episode was great. I'd say most are very good. From a guy that always has an erection to a boy that can't stop texting, you will encounter some interesting situations. Doctor Irabu, the main character is wacky. He has 3 pesonas which contantly interchange. He's aroused by pain (injections). His assistant Mayumi is a sadistic scantily dressed nurse. Fukuitchi is a doctor that pops up to explain mental disorders and treatments. The music was great in this series 10/10. The beginning and ending themes are very catchy. The music in this show is very well done. It's a fun show. If you like psychology it should interest you. The show is wacky yet serious.