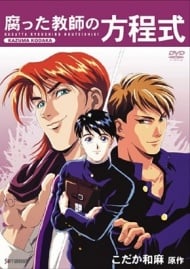 The story follows Atsushi, as a kid, he was in love with an older guy whom Atsushi ,called Ma-Chan. Ma-Chan wanted to become a health teacher and when Atsushi was old enough, he would go to Ma-Chan's school and become his student.  Once Atsushi starts high school, he realizes he is in for a loud awakening when the man of his dreams, is nothing like he used to be! Ma-Chan, has become the total opposite of what he used to be like! Meanwhile, a kid from his past, Inagaki, is head over heels in love with Atsushi! Inagaki will do anything and everything for Atsushi, but does Atsushi feel the same way? When I first started watching the anime, I thought it was going to be like the other Cliche' OVA yaoi anime that just have one episode. But I was actually very wrong, very very wrong. It's actually surprisingly really good, there's big love triangle, or as I like to call it, a love square, since it involves four characters. There's lot's of emotions in it, and it's really relate-able, I'm sure most people have had a crush on a teacher or teacher type figure and everything Atsushi is going through is just something that happens to everyone. Another good aspect is, there is a female character and half of the time in many yaoi anime, they're trying to ruin the relationship between the two guys; but the character Yoriko, is very supportive and wants to see Inagaki with Atsushi. Another good thing is; no character in the anime denies their sexuality. In my opinion, there are way too many yaoi anime where the character is "Straight", until they meet this one person and throughout the entire show they deny their sexuality towards men. But in this anime, everyone is gay, they are 100% cool with themselves and who they are, and that's fantastic (Especially for an older anime). The only negative thing is, the story ends without anyone starting a relationship. The story continues in the manga, which I will be reading soon, since I want to know what happens! (I rarely read manga, so that's an accomplishment.) But it's really good and anyone that only wants to watch really good yaoi, should definitely check out Kusatta Kyoushi No Houteishiki. 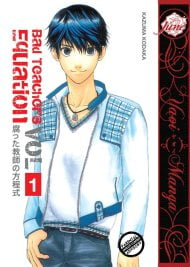