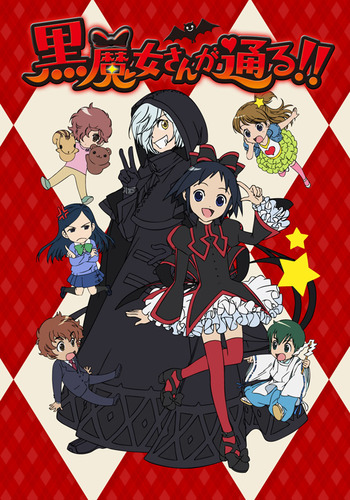 Junior high student Mitama suddenly got chosen as a Magical Girl! As a result, The Great Demon King Jeddo's plan of bringing despair to the Earth got stopped in a mere 12 pages! However, this was only the beginning of their legendary everyday life where a Magical Girl and a Demon King live under the same roof!

Momo loves ribbons, the colour pink, and many other things which better suit girls with delicate figures. Yukino, his best friend, was his only support and was also the only person he could enjoy cute things with but even their relationship had broken down... While Momo was in the depths of despair, a voice whispers in his ears... "Shall I grant your wish? If you are willing to fight in this world then I will turn you into a girl."

High school freshman, Aoi Rio, has a secret that can't be told to anyone. He actually watches "Magical Girls" anime! On his way back home after secretly buying anime merchandise as usual, he saves a girl named Sumire who fell from the sky. Sumire is disheartened because she believes her powers are not good enough. After Aoi encourages her by explaining the value of Magical Girls, Sumire asks him to become her Magical Girl instructor!