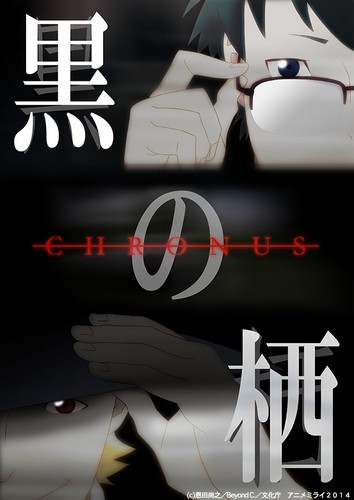 All aboard the train to feels-ville.

Story: This was more of the start of a story. The protagonist can see and communicate with reapers, and using this power tries to save his friend. There are a lot of questions brought up at the end of the anime that are not fully explained, and leave the ending open for eventual expansion. Perhaps hoping to follow in the footsteps of other anime mirai and become serialized. There are also some odd conclusions, especially about the girl, that leave this foriegner a tad confused, but I won't spoil it.

Animation: This mirai reminded me of another anime by producer Eiko Tanaka, Princess Arete. The faces lack a lot of definition, the store is very simplistic, but the backgrounds and movement are well done. It is very much like a lot of Studio 4C's older movies, and even some of their music videos.

Sound: The sound relies heavily on background sound effects and the strength of the voice actors, which include Daisuke Ono and Natsuki Hanae. Overall, I enjoyed the quality of sounded for this mirai.

Characters: The main character has great development in the short, but as mentioned in the story-section, it feels cut off. Like there was unused potential. The female lead was almost Mary Sue in her perfection, to the point that I didn't really care for her much. The reapers were an interesting bunch, as well. I would have liked to know more about the reapers as a whole.

Should you watch this? It's short, it's got Daisuke Ono, and it has a lot of potential. If say give it a shot.

I was searching for anime movies to watch when I came across this title.

However, I have to say that I was expecting more from it regarding the anime and the artwork.

They had a good story as a base but I feel like it was not very well developed.

That was beautiful I enjoyed it

This anime reminds me of the Korean drama called "Goblin" wen it comes to shinigamis and trying to changing someone else's Faith. It was good for just a 25 min episode stright to the point. Yes it left the ending open for more, but it was a good ending.